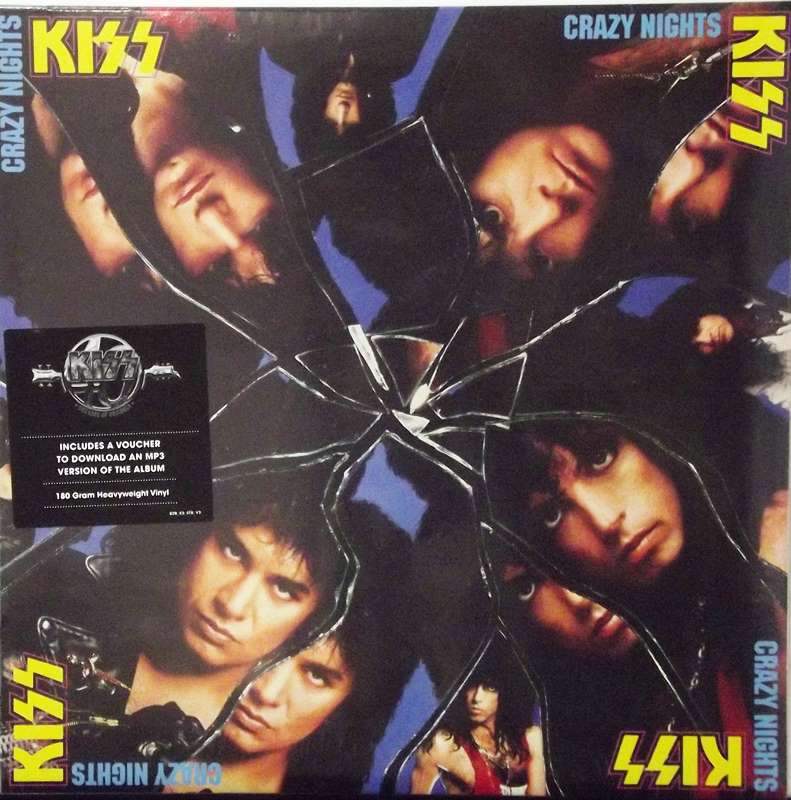 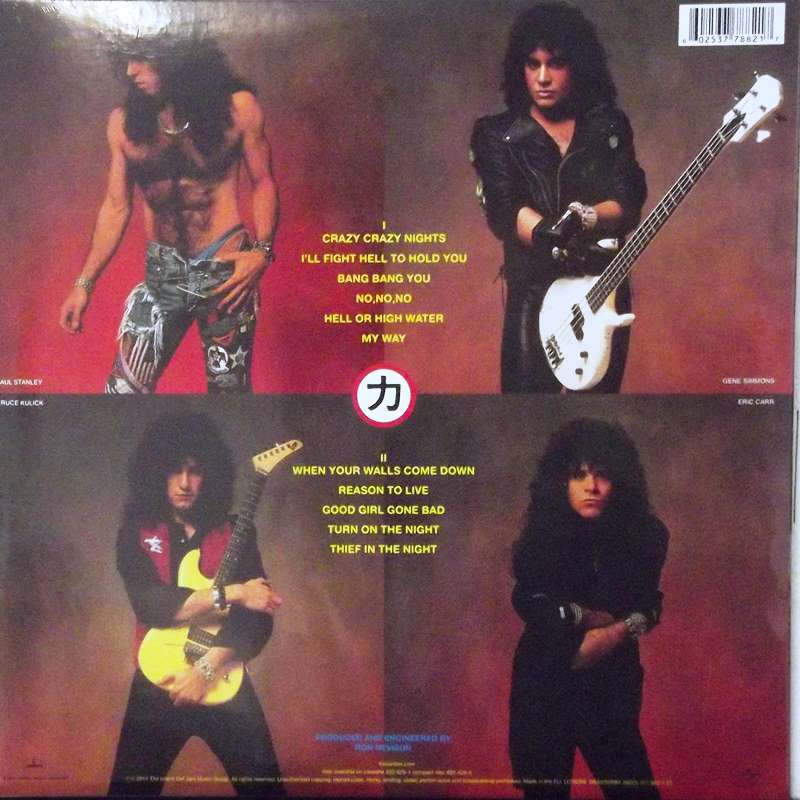 Crazy Nights is the fourteenth studio album by American rock band Kiss, recorded from March to June 1987 and released on September 18, 1987 by Mercury and Vertigo in Europe. This was the second album to feature the new line-up of Gene Simmons, Paul Stanley, Bruce Kulick, and Eric Carr.[4]

Crazy Nights is also the first KISS album to feature keyboards and synthesizers, which was another departure in their music style, changing from their Creatures of the Night/Lick It Up/Animalize/Asylum heavy metal sound into a more radio-friendly and pop metal sound.[5] It was re-released in 1998 as part of the Kiss Remasters series and is the last Kiss album to have been remastered.

A relatively high number of songs from Crazy Nights were performed live during its supporting tour, but during and especially immediately following the tour, most of those songs were dropped and were never performed again. Only the song "Crazy Crazy Nights" was retained in their setlist for the Hot in the Shade Tour which followed a couple years later; it was dropped after that tour and would not return for nearly 20 years until the Sonic Boom Over Europe Tour. This makes the album one of the least represented in the bands' entire catalog over the course of their career in their setlists, behind only their 1981 album commercial flop Music from "The Elder".