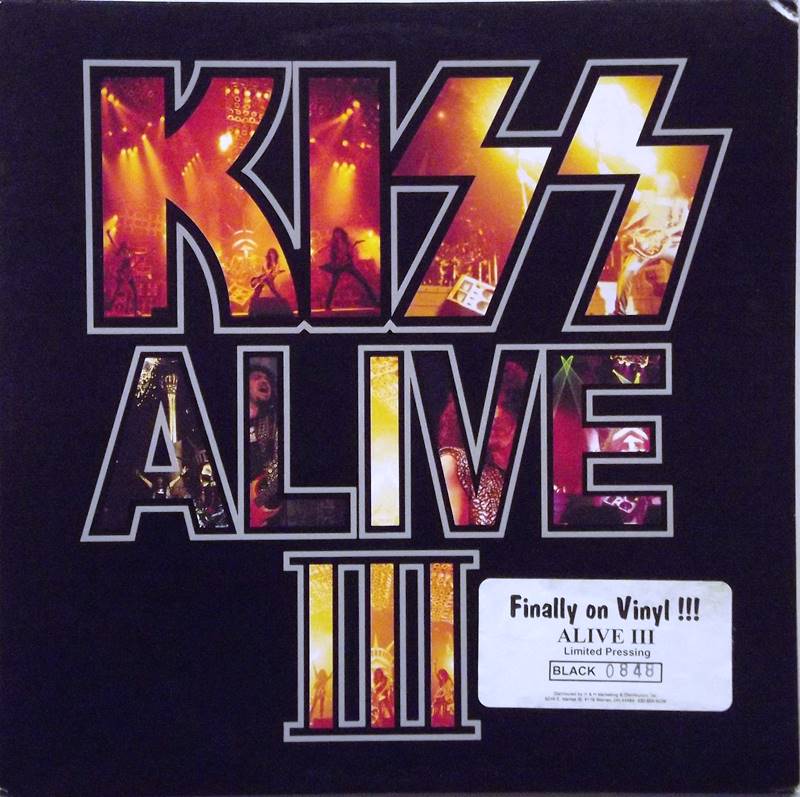 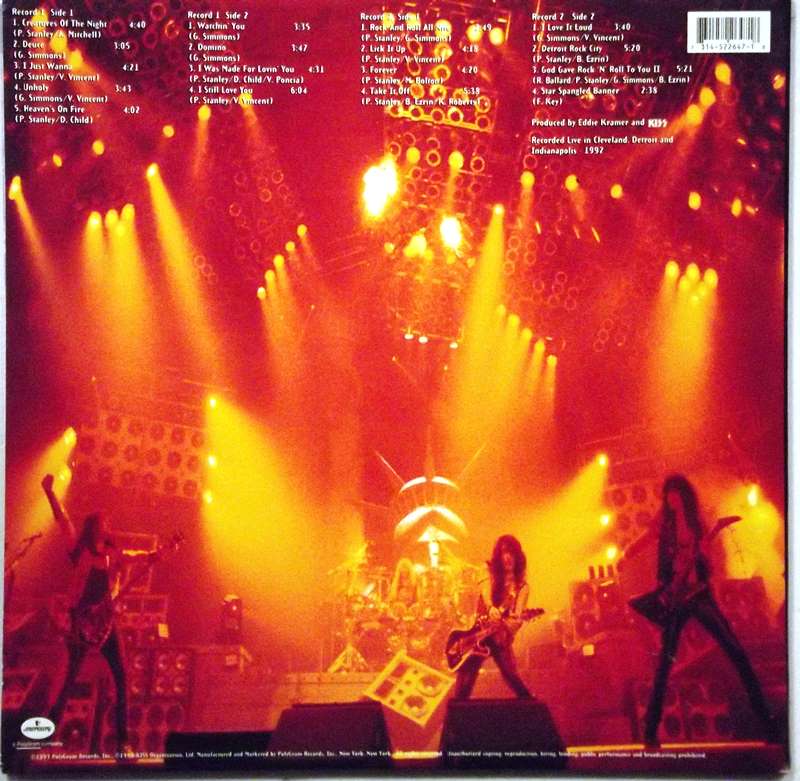 Alive III is a live album released by the American hard rock band Kiss in 1993, and certified gold in 1994. The recording of Alive III took place over multiple dates (in Cleveland, Detroit and Indianapolis) during the band's 1992 tour in support of Revenge.

It was the first live album the band had released since 1977's Alive II, and the first live recordings released since 1984's Animalize Live Uncensored concert film. The recording of "I Was Made For Lovin' You" was actually recordedappears on Alive III leads to speculation that the band faked vocal parts on stage, specifically Gene Simmons, as he had done so on the Hot in the Shade Tour in 1990 at one of the band's soundchecks, but had the crowd overdubbed in the song to make it appear as if it is "live," which led to speculation that many other songs on "Alive III" could be overdubbed. The fact that keyboardist Derek Sherinian.

This is evidenced by unmixed bootleg videos from two of the Auburn Hills concerts.[source needed] The band has been very secretive about having side keyboard players on possibly many of their tours through the 1980s and early '90s. Kiss fans are no stranger to the fact that some of Alive! and Alive II had certain parts doctored in the studio, and that some of the songs are not even recorded live in concert, but rather at Electric Lady Studios with Eddie Kramer.

The album is the only live Kiss album released during the group's non-makeup era, excluding Kiss Unplugged, released later in 1996. During the recording of Alive II, Kiss did not want to duplicate songs from Alive!," although some songs from Alive III are duplicate songs from their previous live albums. For example, "Rock and Roll All Nite" was performed on Alive! and again on Alive III, but was not featured on Alive II. It is also the first Kiss live album to feature a different lineup to the previous two, which featured the original lineup.

The liner notes of Alive III include a family tree showing the various Kiss lineups from 1973–1993, as well as bands that the then-current and former members of Kiss were in. It was designed by the band's Japanese fan club. Black Sabbath's Tony Iommi, for whom Eric Singer drummed in 1986–87, is misnamed Tommy. The notes also mistakenly claim that "Watchin' You" is from Kiss, and "I Was Made for Lovin' You" from Dressed to Kill. The re-relevinyl versions of the album.ase of Alive III (as part of the Kiss Alive! 1975-2000 box set) contains an additional track, "Take It Off", matching the original international CD and US