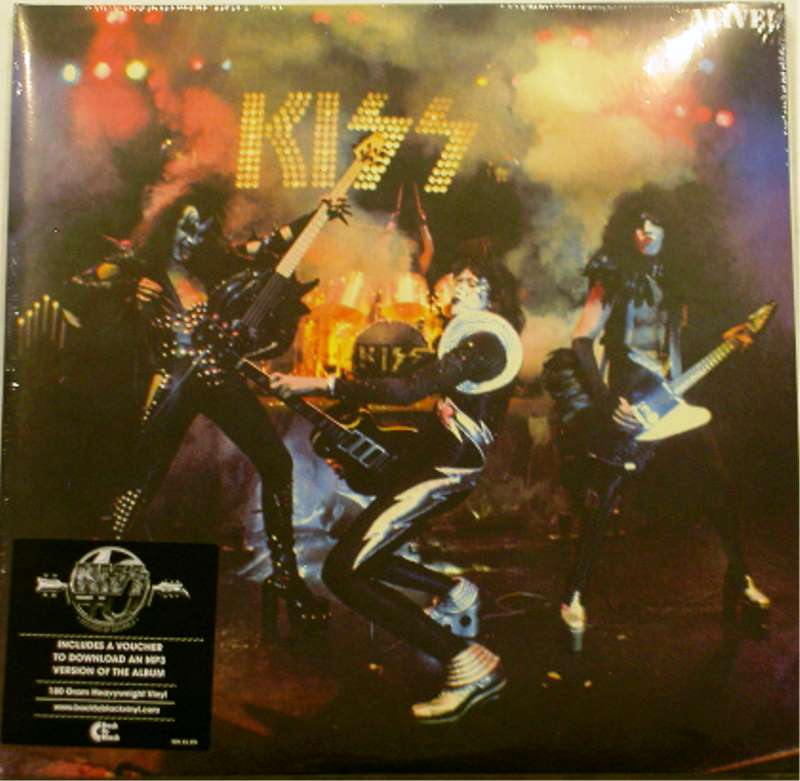 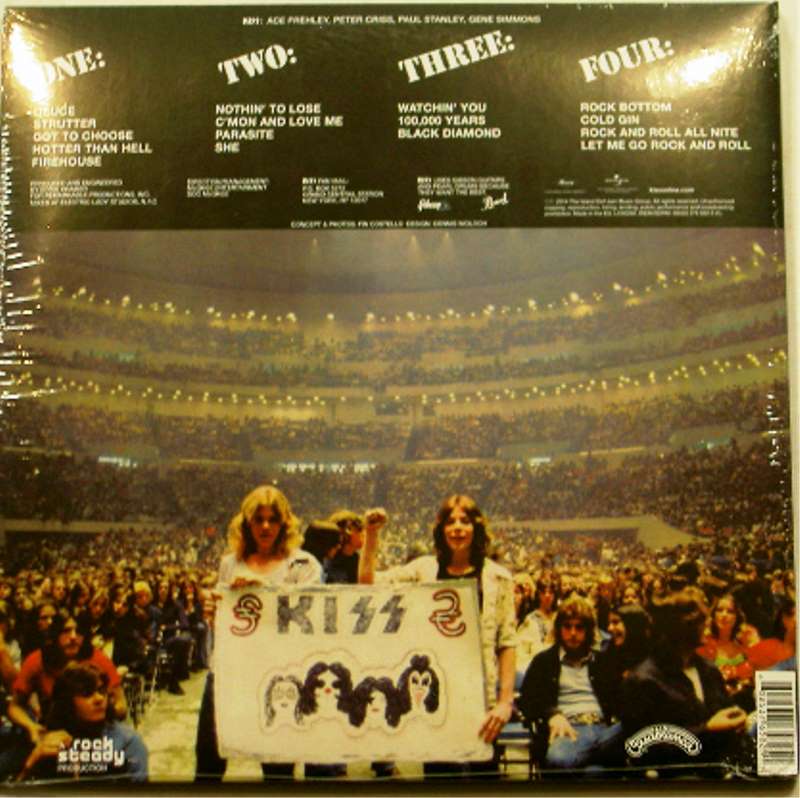 Alive! is the first live album, and fourth overall, by American hard rock band Kiss. It is considered to be their breakthrough and a landmark for live albums. Released on September 10, 1975, the double-disc set contains live versions of selected tracks from their first three studio albums, Kiss, Hotter Than Hell and Dressed to Kill. It was recorded at concerts in Detroit, Michigan; Cleveland, Ohio; Wildwood, New Jersey; and Davenport, Iowa on May 16, June 21, July 20 and July 23, 1975.[1]