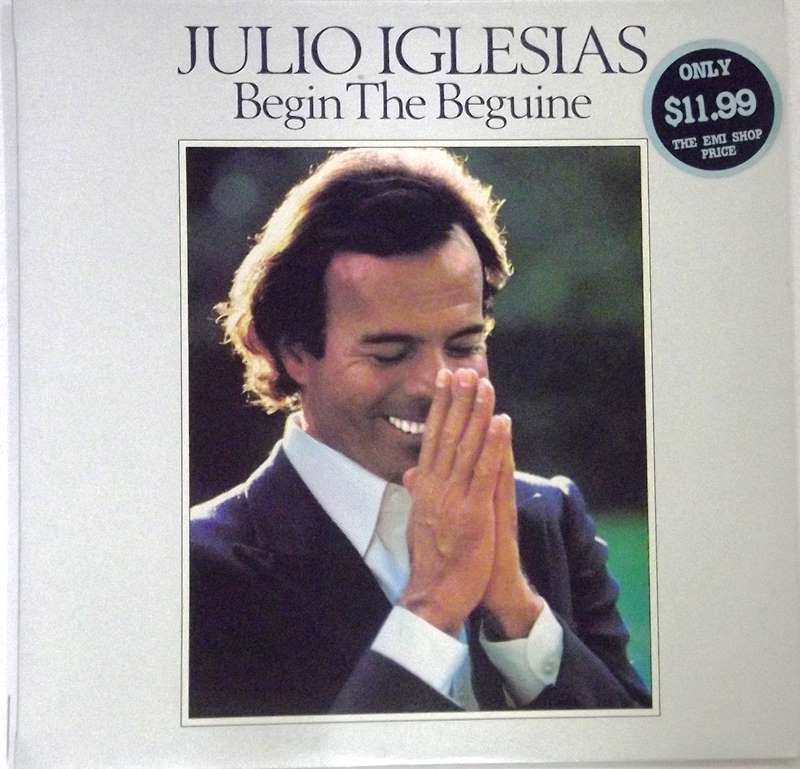 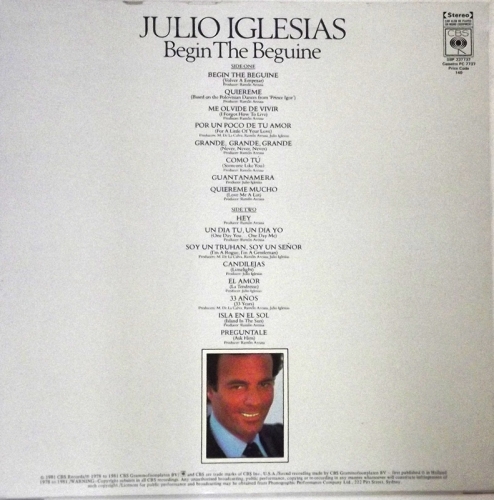 Having released dozens of albums over more than a decade, all in Spanish, Julio Iglesias' latest at the end of 1981, De Niña a Mujer, was just another example of a Latin star who appeared to have no interest in crossing over to the wider English-speaking market. There was, however, a cover version on De Niña a Mujer in Spanish of the Cole Porter song from the 1930s, "Begin the Beguine," titled "Volver a Empezar," a song about a romantic style of dance made famous by Artie Shaw & His Orchestra. The album also included Spanish versions of the songs "Island in the Sun" (titled "Isla en el Sol") and "Never Never Never" ("Grande Grande Grande"), but despite a tradition of failure among foreign language singles (only one, "Je-T'Aime Moi Non Plus," had ever reached number one, and that had been for very special reasons), radio stations picked up on "Volver a Empezar," and by providing the most romantic sound alternative to the new wave and synth pop music of 1981, Julio Iglesias suddenly found himself at the top of the singles chart. CBS records had a most unexpected hit on their hands from a source they had scarcely imagined. They had signed him mainly for Latin American sales in the mid-'70s and they quickly put together a more English-friendly album after the success of "Volver a Empezar." They gave it an easier title named after the now familiar hit Begin the Beguine, of which the title track was moved to track one and even retitled itself to drop the "Volver a Empezar" to brackets. They also retained the tracks "Grande Grande Grande," "Isla en el Sol," and "Como Tu," and the whole album was over an hour long, featuring 16 tracks in total; even when Iglesias wasn't singing about love, it sounded as if he could have been. Also added onto Begin the Beguine was the title track of one Iglesias' most popular albums from the late '70s, "Hey" and a half Spanish-half English-language version of a favorite from the '40s, "Yours" given the title "Quiereme Mucho," which was released as a second single and nearly emulated the title track, reaching number three, plus another standard Latin song, "Guantanmera." A most unexpected breakthrough from an artist whom one could not imagine selling so well in 1981.