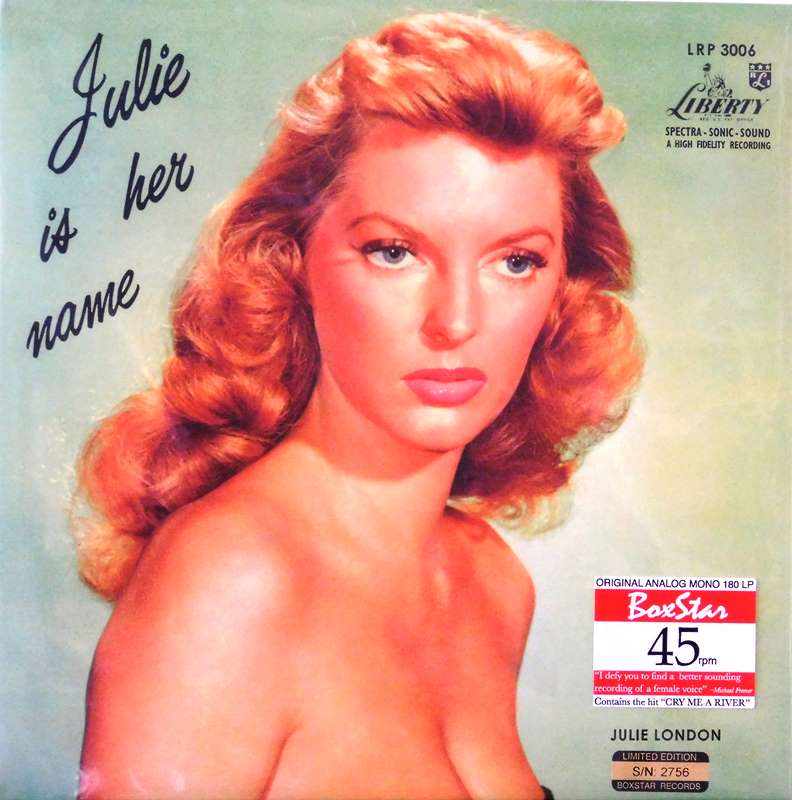 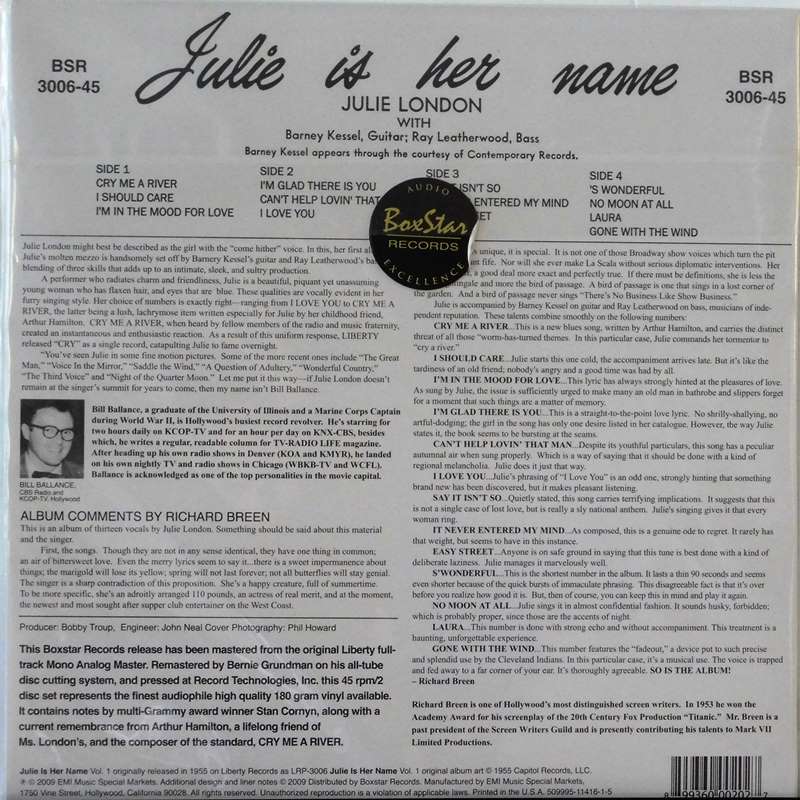 Julie Is Her Name

Julie Is Her Name was the first LP album by Julie London, released by Liberty Records in December, 1955, under catalog numbers LRP-3006, in monaural form. It was subsequently reprocessed to produce a stereophonic album, and this stereophonic version was released on May 25, 1960 as catalog number LST-7037. The album featured Barney Kessel on guitar and Ray Leatherwood on bass.

The first track, "Cry Me a River", was released as a single (Liberty 55006) and was London's biggest chart success.[1]