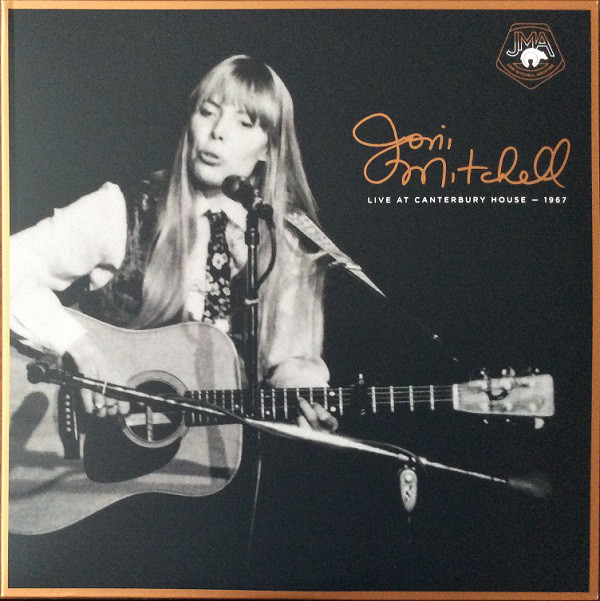 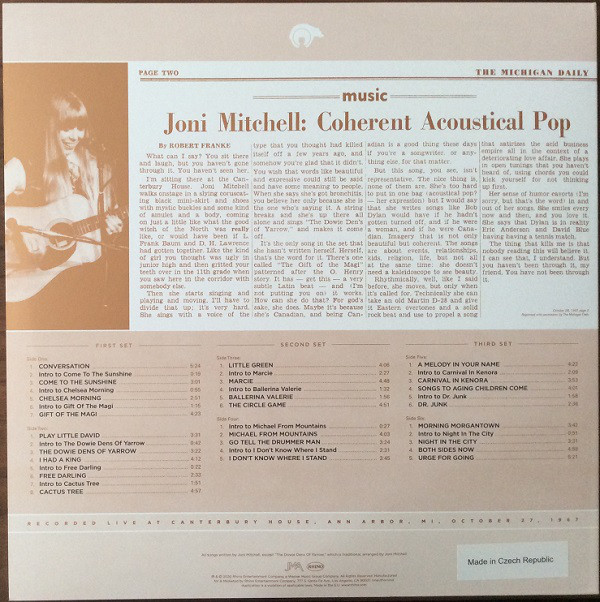 Live at Canterbury House – 1967 is a live album by singer-songwriter Joni Mitchell, released on October 30, 2020, by Rhino Records.[1] The album, which is the third overall and the first live release of the Joni Mitchell Archives, features the expansive, three-set recording that was captured at the Canterbury House student missionary in Ann Arbor, Michigan, in 1967.[2] This separate live album was pressed exclusively on vinyl, and serves as a companion to Joni Mitchell Archives – Vol. 1: The Early Years (1963–1967), the box set from which its material is derived.[1]