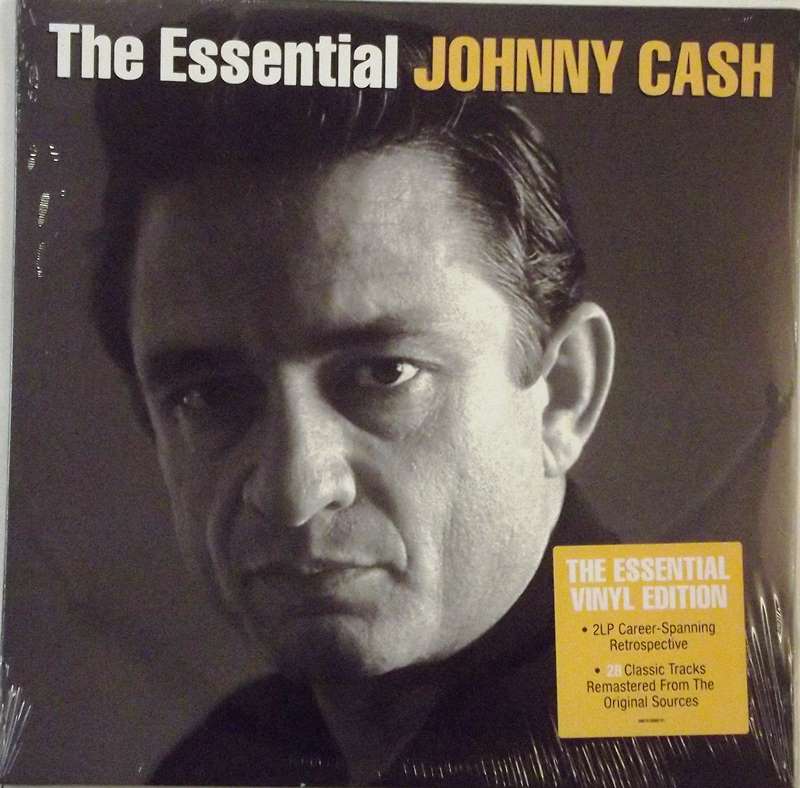 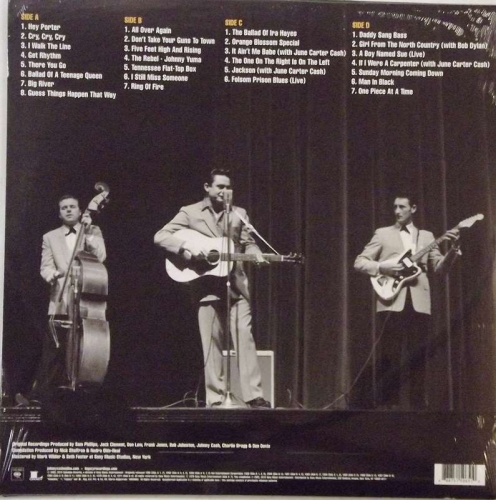 The Essential Johnny Cash is a double-vinyl compilation by Johnny Cash released as part ofColumbia's Essential series. It was compiled to commemorate Cash's 70th birthday. It is not to be confused with the three-CD box set of the same name released by Columbia Records in 1992.

The double album concentrates mainly on Cash's first 15 years as a recording artist with Sun Records and Columbia, contains only eight post-1970 selections, and no selections from Cash's work with Rick Rubin for American Recordings: Cash's final hit single, a cover of Nine Inch Nails' "Hurt", was released ten months later. The album was certified Gold and Platinum on 2/5/2005 and was certified 2 & 3 x Platinum on 3/3/2016 for sales of 1,500,000 copies by the RIAA.[1]

As a testimony to Cash's wide sphere of influence on country, rock, and other modern musics and his wide fan base, the liner notes feature testimonials and 70th birthday greetings from a wide array of artists - not only from friends and fellow travelers and collaborators like Willie Nelson, Kris Kristofferson, Tom Petty, ex-stepson-in-law Nick Lowe, and wife June Carter Cash, but from the likes of Keith Richards, Elvis Costello, Corey Taylor and Shawn Crahan of Slipknot, Metallica's Kirk Hammett, and Henry Rollins.