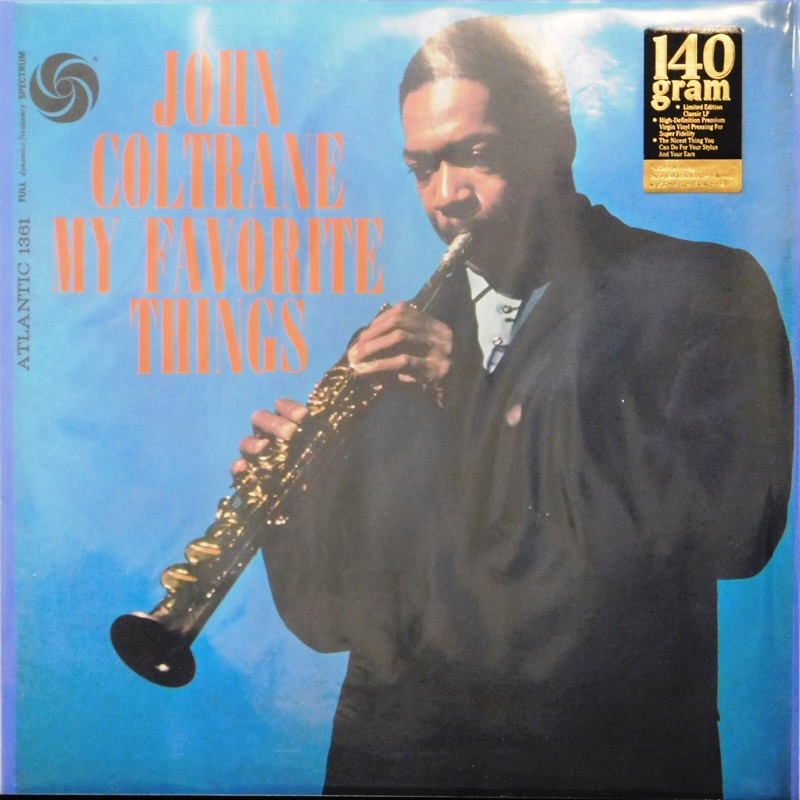 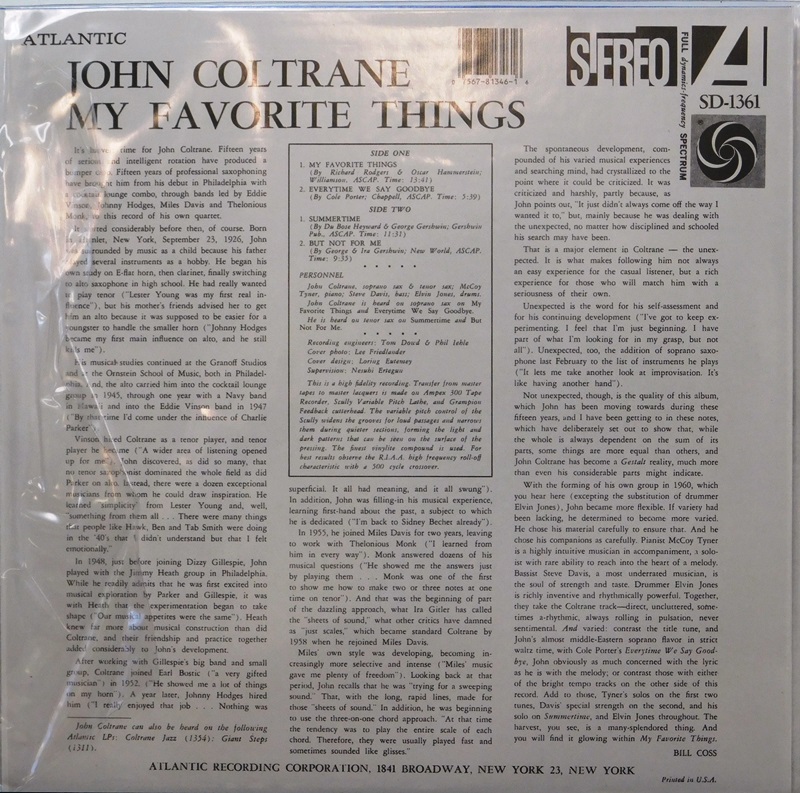 My Favorite Things is the seventh studio album by jazz musician John Coltrane, released in 1961 on Atlantic Records, catalogue SD-1361. It was the first album to feature Coltrane playing soprano saxophone. An edited version of the title song became a hit single that gained popularity in 1961 on radio.[4] The record became a major commercial success. In 1998, the album received the Grammy Hall of Fame award.