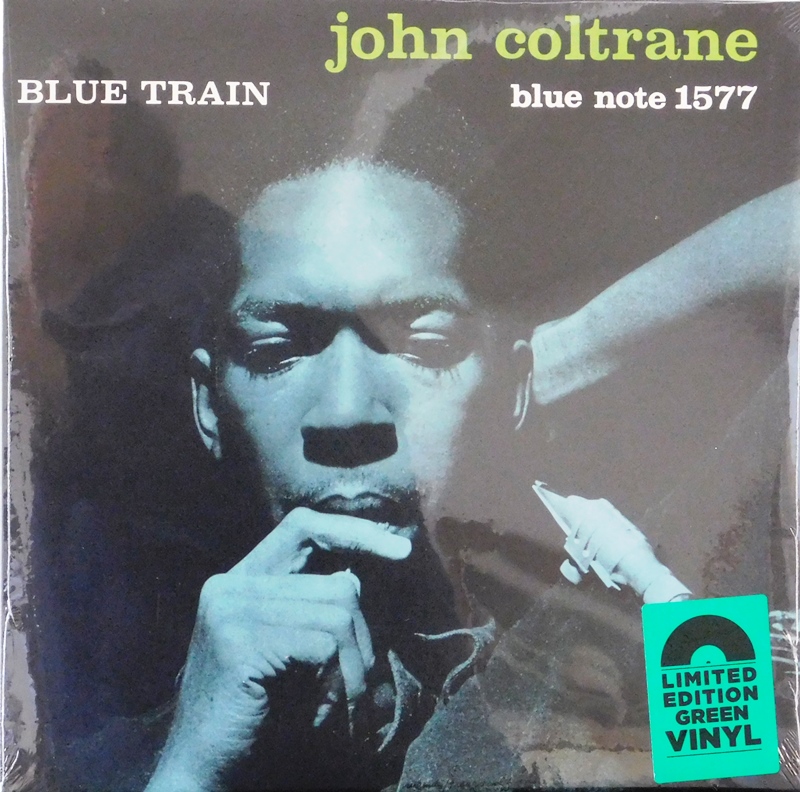 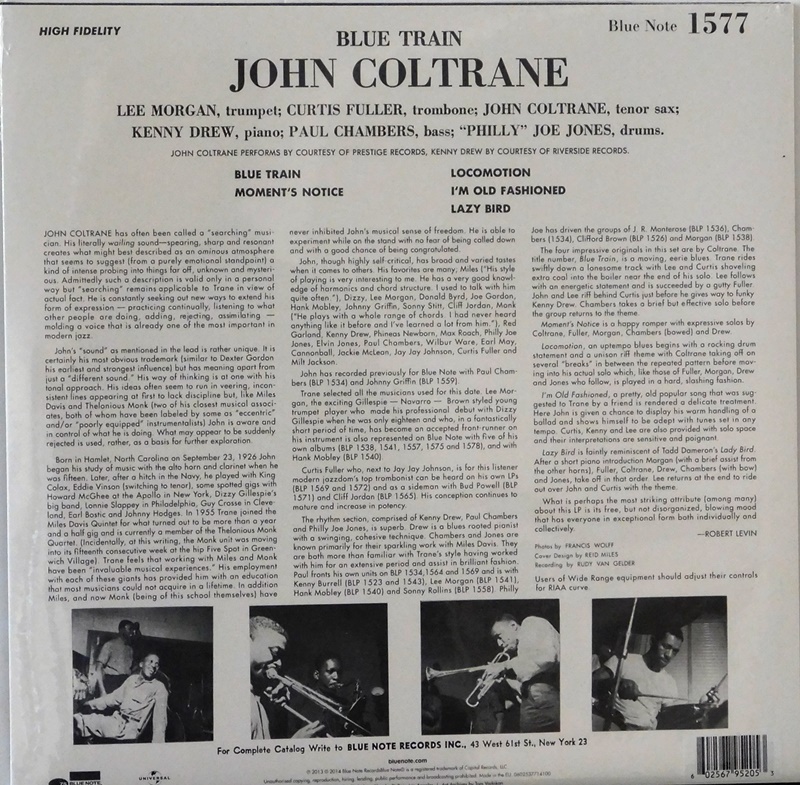 Blue Train is a studio album by John Coltrane, released in January 1958 on Blue Note Records, catalogue BLP 1577.[1][2] Recorded at the Van Gelder Studio in Hackensack, New Jersey, it is the only Blue Note recording by Coltrane as session leader. It has been certified a gold record by the RIAA.[7]

The album was recorded in the midst of Coltrane's residency at the Five Spot as a member of the Thelonious Monk quartet. The personnel include Coltrane's Miles Davis bandmates, Paul Chambers on bass and Philly Joe Jones on drums, both of whom had worked before with pianist Kenny Drew. Both trumpeter Lee Morgan and trombonist Curtis Fuller were up-and-coming jazz musicians, and both were  members of Art Blakey's Jazz Messengers in due course.

All of the compositions were written by Coltrane, with the exception of the standard "I'm Old Fashioned". The title track is a long, rhythmically variegated blues with a sentimental [quasi minor; in fact based on major chords with flat tenth, or raised ninth] theme that gradually shows the major key during Coltrane's first chorus. "Locomotion" is also a blues riff tune, in forty-four-bar form.[8] During a 1960 interview, Coltrane described Blue Train as his favorite album of his own up to that point.[9]