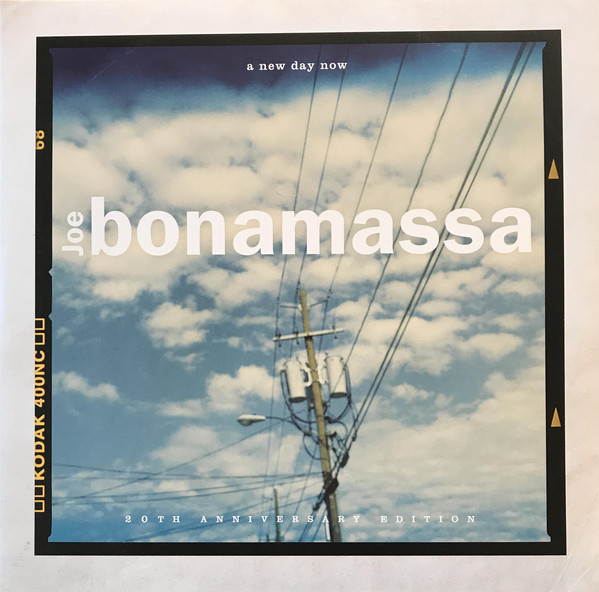 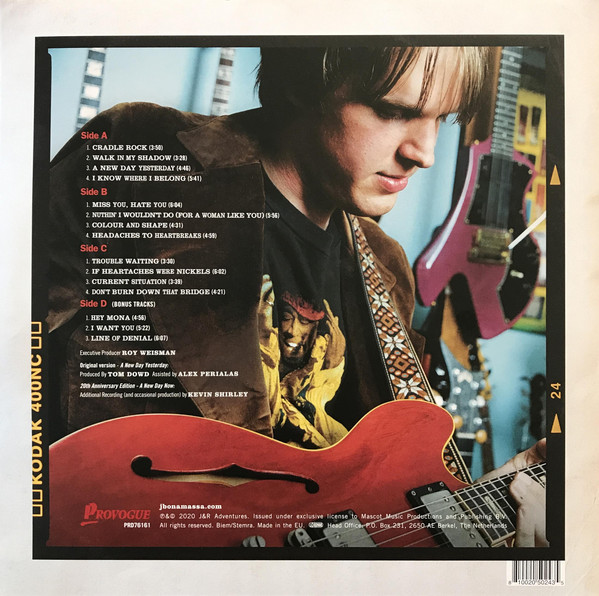 Twenty years ago, Joe Bonamassa took the music world by storm when he released his debut solo album A New Day Yesterday, though he’d already been on the scene for years as a child prodigy and even opened for B.B. King at the age of 12. The album launched a career that, two decades later, has seen Bonamassa rise to the top of his field with most recently being named Guitar World’s #1 blues guitarist in the world. Today, the blues-rock titan announces a revamped version to be released on August 7th via J&R Adventures. It has been completely re-sung by Bonamassa and remixed and remastered by long-time producer Kevin Shirley. The first single “Cradle Rock” out today as part of the celebration. Fans can pre-order the album now at https://joeb.me/2Z8L5Iz .

In custom Bonamassa fashion, Joe has shared a personal message to fans, straight from his “Nerdville” home. “The reason we went back and remixed it, and re-sang it, and pulled from the original masters was because I never felt like I deserved a guy like Tom Dowd to produce my first album,” he confesses. “I was an infant as far as being an artist. Tom saw a little pebble in a stream, that could travel down and eventually become this nugget of gold, if you want to call it that, and he had a vision for me that I didn’t see. I appreciate that and I wanted to pay tribute to him as a man who mentored me through that time. I hope you guys enjoy it.”

He continues, “Tom Dowd was a master of everything he endeavored on. There was no second rate, there was no compromise on quality of absolutions and results. I wasn’t developed enough as a musician myself to rise to his level. I certainly gave it my all and rose to the occasion grading on the curve of the musician I am today, the musician Tom always knew was inside my soul. I decided to enlist the help of another producer and mentor that has significantly impacted my life both on a personal basis and professionally, Mr. Kevin Shirley to help re-mix, re-sing and finally pay tribute to Tom as I tried to so hard to when he was alive. I have been extremely fortunate in my life to have been surrounded by two of the best most brilliant record producers anyone could have dreamed to be associated with. We included some crude demos and recordings I did at 75 Campbell Ave when I was just a teenager, and alternate versions of songs you are familiar with partly because some of the master tapes have been lost. Yes, I did say tapes. It is never lost on me how lucky I have been and continue to be by your support over these past 20 years. Enjoy the trip down memory lane… I know I did.”

A longtime producer and collaborator, Kevin Shirley adds, “as time has gone by, Joe’s vocal style, particularly, has changed enormously. He’s grown from an adolescent shouter to a very mature and soulful singer. From early on in our working relationship, Joe has mentioned that he would really like to have another shot at those vocals, and asked that if he did redo them, would I remix his first solo album.”

When A New Day Yesterday was initially released, Chuck Taylor of Billboard was an early supporter, praising Bonamassa as "a bold talent, who rises above narrow radio formatics.” The album includes six original tracks written by Bonamassa, along with six cover songs from historically renowned blues and rock artists. In addition, Shirley notes, “added to this album are three bonus songs which Stevie Van Zandt produced for Joe. They’re a terrific look at where Joe was coming from, what he was looking for and how he has developed over the years.” The bonus tracks are unreleased demos from a 1997 studio session before Joe had any record deals. They have never been heard before and come from a time when Zandt was Bonamassa’s biggest cheerleader in the industry.

Now, even as Bonamassa continues to release new music from his recordings at Abbey Road Studios, including last month’s intricate ballad titled “When One Door Opens,” he takes a moment to shine light on the album that started it all. A New Day Now is a chance for the icon to revisit his past and revitalize the indelible anthology with his years of experience and artistry.

The Abbey Road studio recordings and A New Day Now follow Bonamassa’s recent instrumental side project called The Sleep Eazys, who released their critically-acclaimed debut album, Easy To Buy, Hard To Sell, this spring. The album, which the Associated Press touted as making “instrumental dreams,” was produced by Bonamassa and features some of his frequent collaborators, along with his all-star touring band. The Sleep Eazys project is Joe’s second time in the studio as a producer, after Reese Wynans’ long-awaited debut solo album Sweet Release.

Never a dull moment, Joe is still cranking out weekly programming for Sirius XM’s Bluesville channel for his radio show “Different Shades Of Blue.” In the early weeks of quarantine, Bonamassa took to social media to give a special behind-the-scenes look at his “Nerdville” home in California. More recently, he kicked off a new at-home series “Live From Nerdville” on his Facebook and YouTube page, featuring episodes with Neal Schon of Journey, John Oates of Hall & Oates, Walter Trout, and esteemed singer-songwriter Dion. On June 5, Bonamassa released music icon Dion’s new album Blues With Friends on he and his Manager Roy Weisman’s new record label Keeping The Blues Alive Records and Dion’s first single “Blues Comin’ On” also features Bonamassa on slide guitar.

In prior months, Bonamassa was touring relentlessly, up until coronavirus took its hold on the music industry, stopping him just short of a few final dates on his spring tour in the U.S. To battle the tough times brought on by COVID-19, Bonamassa’s non-profit Keeping the Blues Alive Foundation (KTBA) is providing financial support to qualifying touring musicians who are suffering financial hardship and whose careers have been put on hold. The program, called Fueling Musicians, is an emergency relief program designed to support musicians by providing immediate cash payments for essential living expenses of $1,000, as well as pre-paid gas cards of $500 to help them stay afloat and get back on the road again when it is safe. With $270,000 raised to date, Bonamassa surpassed his personal goal of $250,000. “The more money raised means more musicians will receive funding to help them get through these challenging times and ultimately back onto the road when the time is right,” Bonamassa says. On May 31, he launched an online stream-a-thon benefit for the program, featuring over FIVE hours of music performances from over 50 musicians including some legendary friends and talented rising stars. The full concert event can be streamed in full here. Individuals or organizations interested in helping Joe support this program should go the Keeping the Blues Alive website, ktba.org or ktba.org/fueling-musicians .