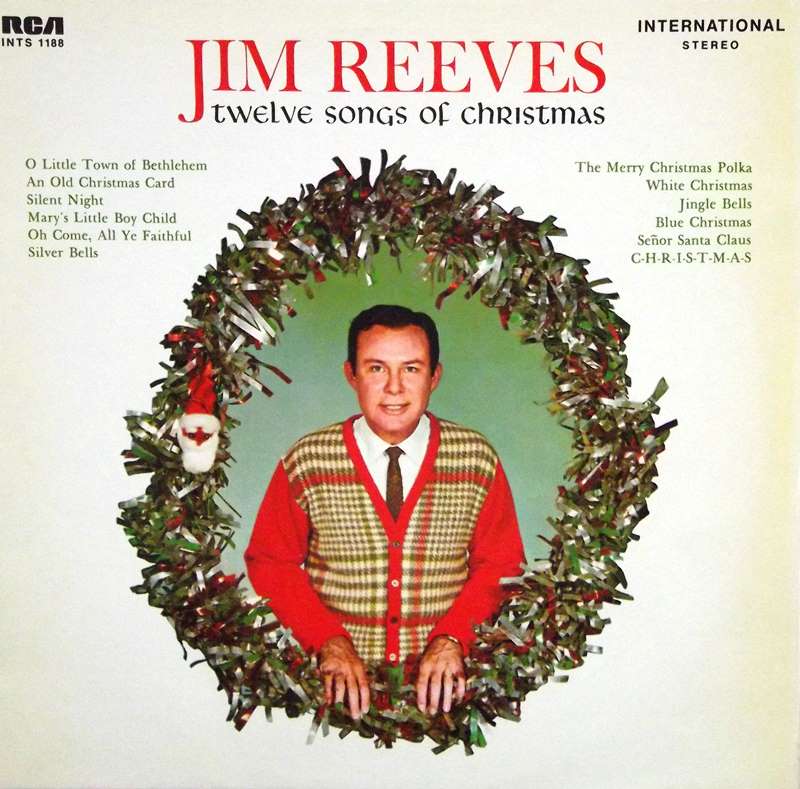 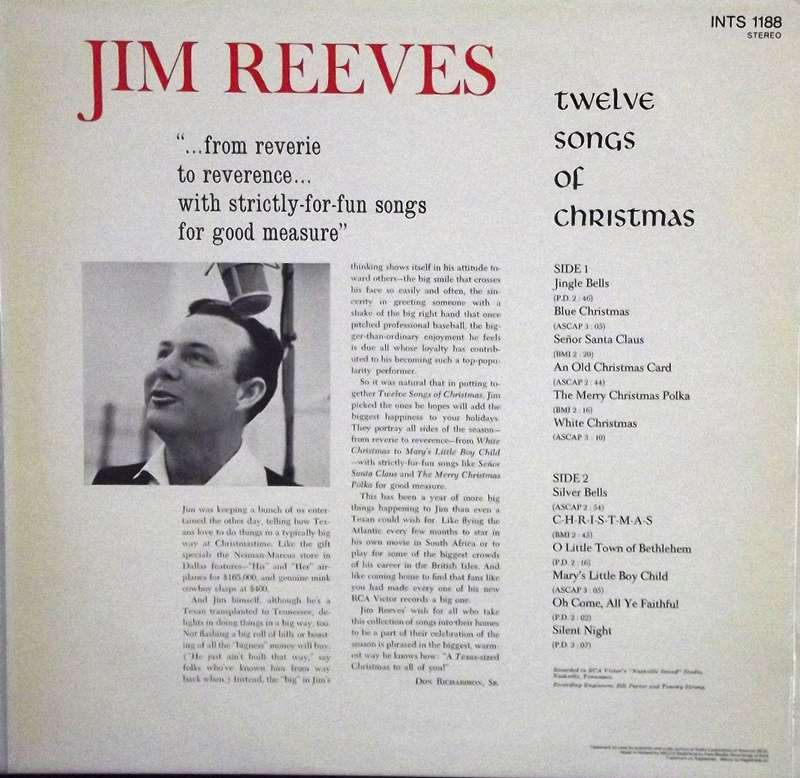 Twelve Songs of Christmas is an album by Jim Reeves released in the US in 1963. It was Reeves' first and only Christmas-themed release. The album was released by RCA Victor in stereo (LSP-2758) and mono (LPM-2758) respectively. The album was first released in South Africa as Merry Christmas from Jim Reeves as an eleven-track album.[2] "Silver Bells" was recorded in July 1963 to create the twelve track US album released in 1963.[3]