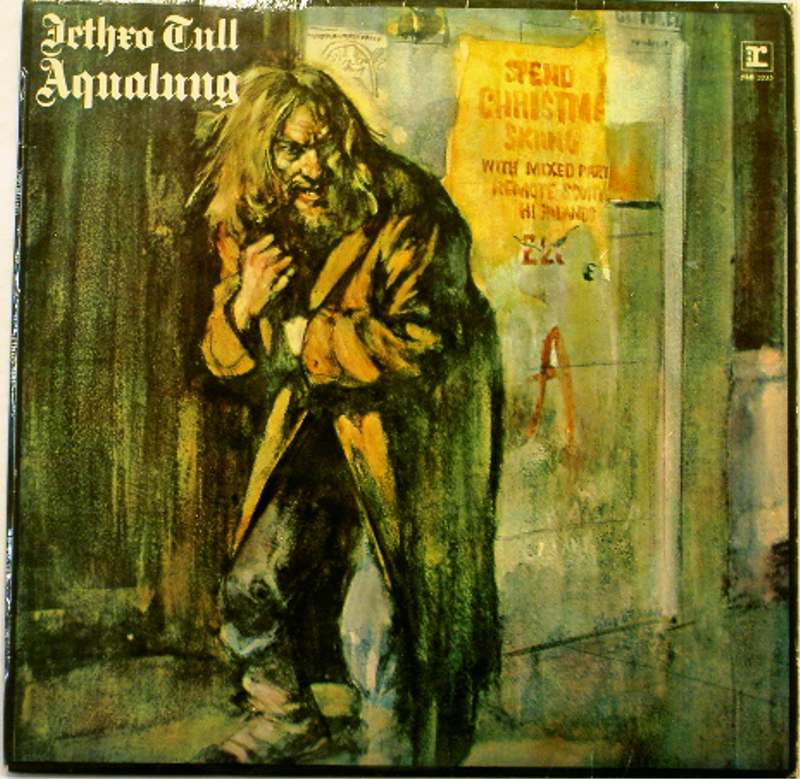 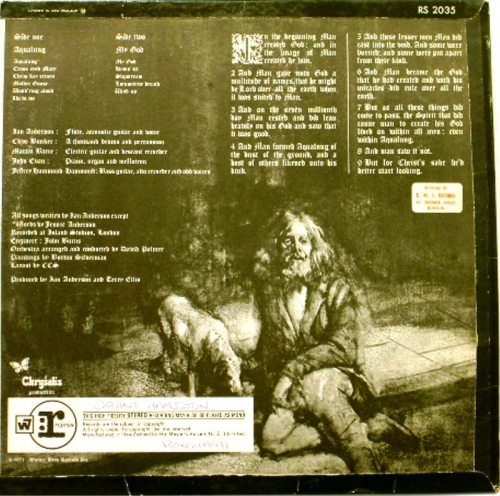 'Released at a time when a lot of bands were embracing pop-Christianity (a la Jesus Christ Superstar), Aqualung was a bold statement for a rock group, a pro-God antichurch tract that probably got lots of teenagers wrestling with these ideas for the first time in their lives. This was the album that made Jethro Tull a fixture on FM radio, with riff-heavy songs like My God, Hymn 43, Locomotive Breath, Cross-Eyed Mary, Wind Up, and the title track. And from there, they became a major arena act, and a fixture at the top of the record charts for most of the 1970s. Mixing hard rock and folk melodies with Ian Anderson's dour musings on faith and religion (mostly how organized religion had restricted man's relationship with God), the record was extremely profound for a number seven chart hit, one of the most cerebral albums ever to reach millions of rock listeners. Indeed, from this point on, Anderson and company were compelled to stretch the lyrical envelope right to the breaking point.' - All Music