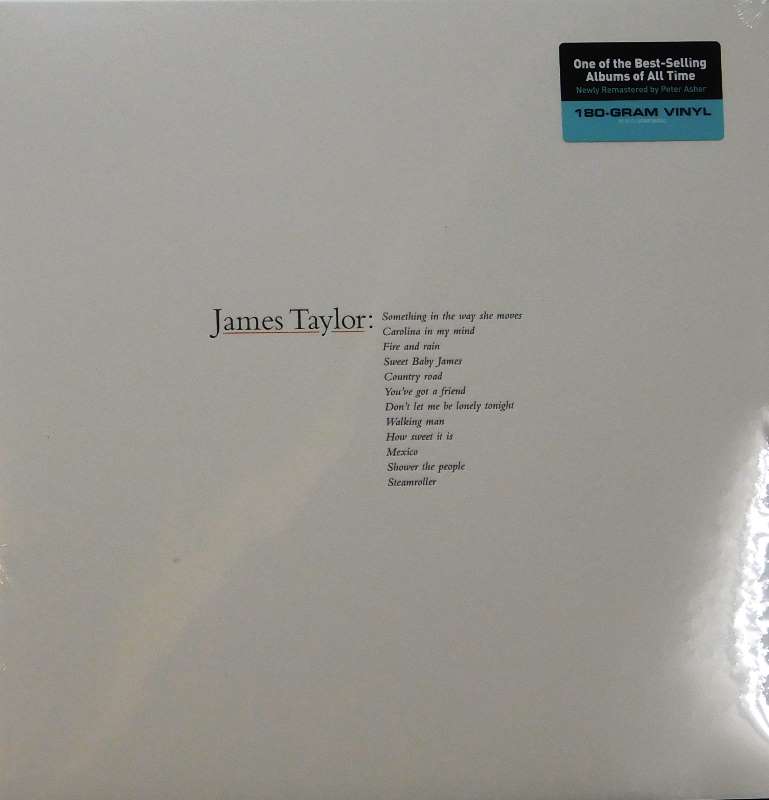 James Taylor had scored eight Top 40 hits by the fall of 1976 when Warner Brothers marked the end of his contract with this compilation. One of those hits, the Top Ten gold single Mockingbird, a duet with his wife Carly Simon, was on Elektra Records, part of the Warner family of labels and presumably available, but it was left off. "Long Ago and Far Away," a lesser hit (though it made the Top Ten on the easy listening charts), wasn't used either. In addition to the six hits - "Fire and Rain," "Country Road," "You've Got a Friend," "Don't Let Me Be Lonely Tonight," "How Sweet It Is (To Be Loved by You)," and "Shower the People" - that were included, the album featured a couple of less successful singles, "Mexico" and "Walking Man," the album track "Sweet Baby James," and three previously unreleased recordings - a live version of "Steamroller" and newly recorded versions of "Something in the Way She Moves" and "Carolina in My Mind," songs featured on Taylor's 1968 debut album, recorded for Apple/Capitol. This remains a good sampler of James Taylor