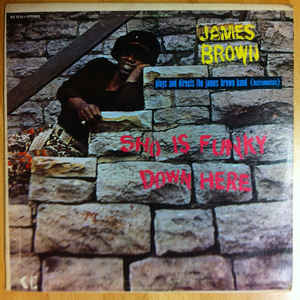 Sho Is Funky Down Here

It's a very atypical album for James Brown. All instrumental and full of heavy fuzzed-out guitars in a jazzy psychedelic rock style, resembling the first records by Funkadelic. All songs are by James Brown and David Matthews and the record is somewhat a second album by Matthews' Grodeck Whipperjenny group.[3] David Matthews worked as the band leader for James Brown at the time.