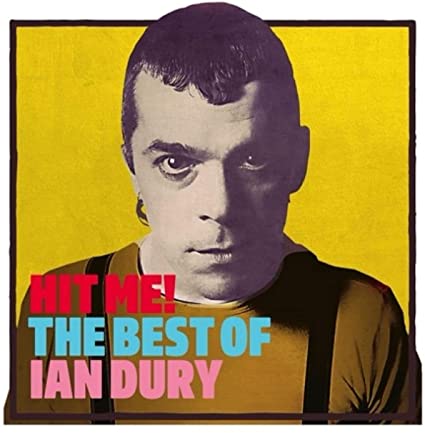 Hit Me! The Best Of Ian Dury (White Vinyl)

A brand new collection covering the entire career of the unique and incomparable Ian Dury.

This collection features some of Dury’s earliest work with Kilburn & The High Roads, through a golden period of solo hits and classic recordings with the infamous Blockheads to his final studio album released in 2002, two years after his untimely passing in 2000.

The Crown Prince of Essex… the punk poet laureate… Ian Dury’s mastery of the English language and powerful performance made him an artist like no other. His wit, wisdom and showmanship are ever present here on classic tracks such as ‘Reasons To Be Cheerful, Pt 3’, ‘Hit Me With Your Rhythm Stick’, ‘Sex & Drugs & Rock & Roll’ …all now unofficial British anthems!

2LP Tracks:
Reasons to Be Cheerful (Part 3)
Hit Me with Your Rhythm Stick
I Want to Be Straight
Billericay Dickie
I'm Partial To Your Abracadabra
What A Waste
Inbetweenies
Sueperman's Big Sister
There Ain't Been Some Clever Bastards
My Old Man
Sex & Drugs & Rock & Roll
Wake Up and Make Love with Me
Sweet Gene Vincent
Clevor Trevor
This Is What We Find
Mash It Up Harry
Dance Little Rude Boy
Rough Kids
Upminster Kid
Blockheads