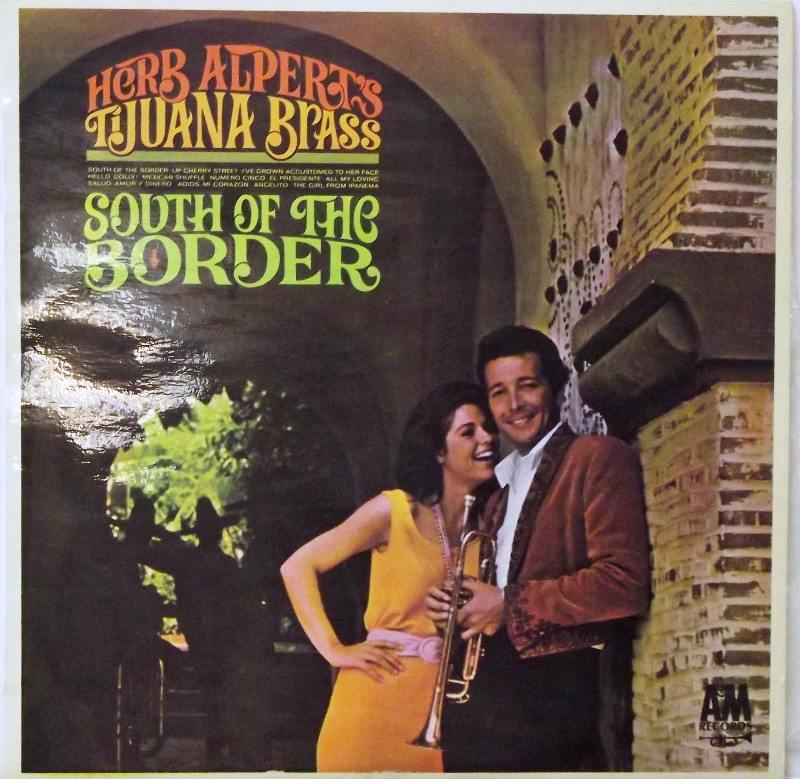 South Of The Border

South of the Border is the third album by American easy listening brass band Herb Alpert & the Tijuana Brass, originally released in 1964. The name of the group, for this album, is "Herb Alpert's Tijuana Brass".

Alpert's first top ten hit, and fifth gold record, the album continued the progression of the Tijuana Brass from its mostly-Mexican sound to a more easy-listening style, with a collection of cover versions of popular songs. Included were "I've Grown Accustomed to Her Face", originally featured in the Broadway musical My Fair Lady and The Beatles' 1963 hit "All My Loving". It also featured an instrumental cover of its title song, "South of the Border", which was most famously done as a vocal by Frank Sinatra.

"Hello, Dolly!" had the band singing a couple of lines of the mostly-instrumental rendition, in what might now be considered stereotyping, using mock-Mexican accents. Alpert's distinctive singing voice was not discernible in that portion. Also, in some versions, he can be heard whispering "Número Cinco", effecting a Mexican accent, at the start of that song's track.

One number, a Sol Lake tune called "The Mexican Shuffle", was reworked for a TV ad for a brand of chewing gum, and styled "The Teaberry Shuffle". Bert Kaempfert, author of several songs covered by the Brass, returned the favor by issuing a cover of "The Mexican Shuffle". The number called "El Presidente", was a reorchestration of Sol Lake's "Winds of Barcelona", which had appeared on Volume 2.