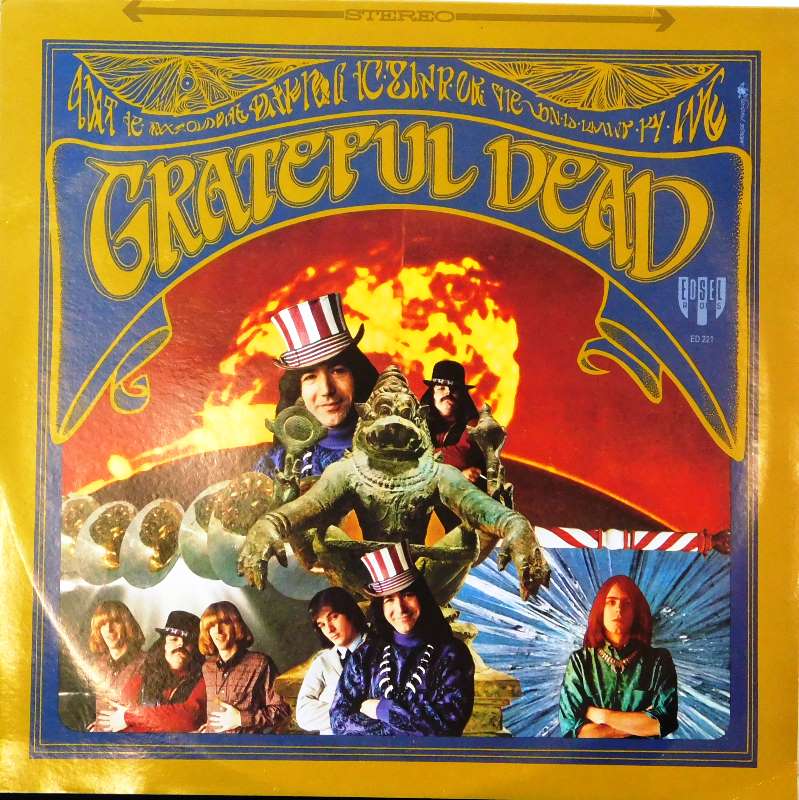 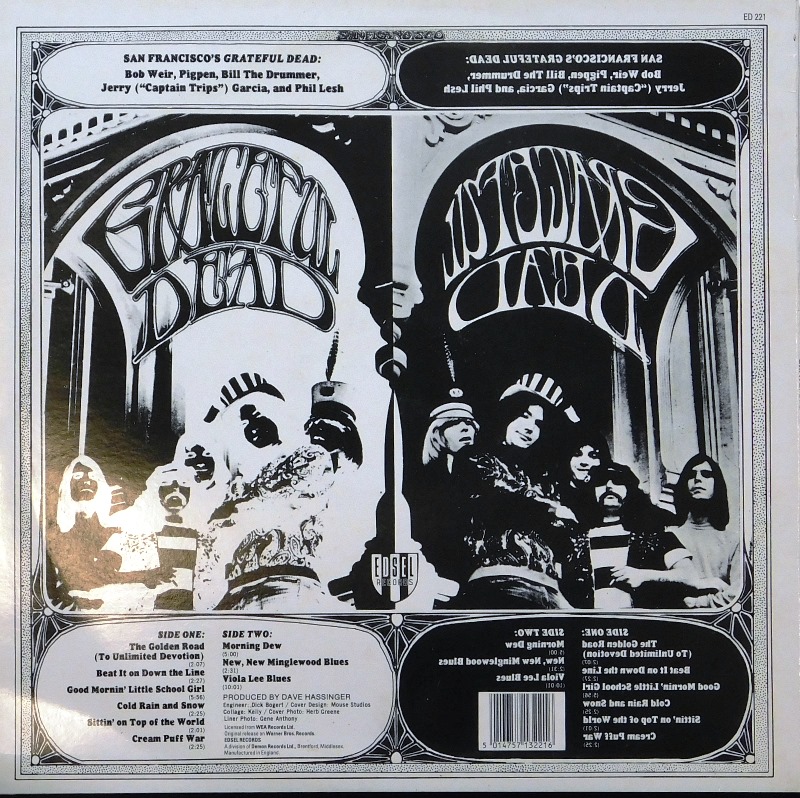 The Grateful Dead is the debut album of the Grateful Dead. It was released by Warner Bros. Records in March 1967. According to the biographies of both bassist Phil Lesh and drummer Bill Kreutzmann, the band released the album as San Francisco's Grateful Dead.

The album was primarily recorded at RCA's Studio A,[1] in Los Angeles, in only four days. The band had wanted to record the tracks in their hometown of San Francisco, but no recording studios in the area had modernized equipment at the time. The group picked David Hassinger to produce because he had worked as an engineer on the Rolling Stones' "(I Can't Get No) Satisfaction" and Jefferson Airplane's Surrealistic Pillow album (the latter on which Jerry Garcia had guested and suggested the album title). Due to demands by the band's label, Warner Brothers, four of the tracks were edited for length.[2] Phil Lesh comments in his autobiography, "to my ear, the only track that sounds at all like we did at the time is Viola Lee Blues. ...None of us had any experience with performing for recording...the whole process felt a bit rushed."[3] Bill Kreutzmann, in his autobiography, says of the songs, "their recorded versions failed to capture the energy that we had when we performed them live. ...We weren’t that good yet. We were still learning how to be a band."[4]

Though the album was considered "a big deal in San Francisco", it did not see much airplay on AM radio stations outside of the Bay Area. The freeform FM radio format that favored bands like the Dead was still developing.[5] Warner Bros. held an album release party at the Fugazi Hall in North Beach. The label's A & R manager, Joe Smith, is noted for saying he "[is] proud that Warner Bros. is introducing the Grateful Dead to the world."[2]

The band used the collective pseudonym "McGannahan Skjellyfetti" for their group-written originals and arrangements. The name was a misrendering of "Skujellifeddy", a character in Kenneth Patchen's comic novel The Memoirs of a Shy Pornographer, plus the name of then-frontman Pigpen's cat.[6] In an era where true authorship (or public domain status) was more difficult to ascertain, "Cold Rain and Snow" and "New, New Minglewood Blues" were originally credited as band compositions, though they were adaptations of existing songs.