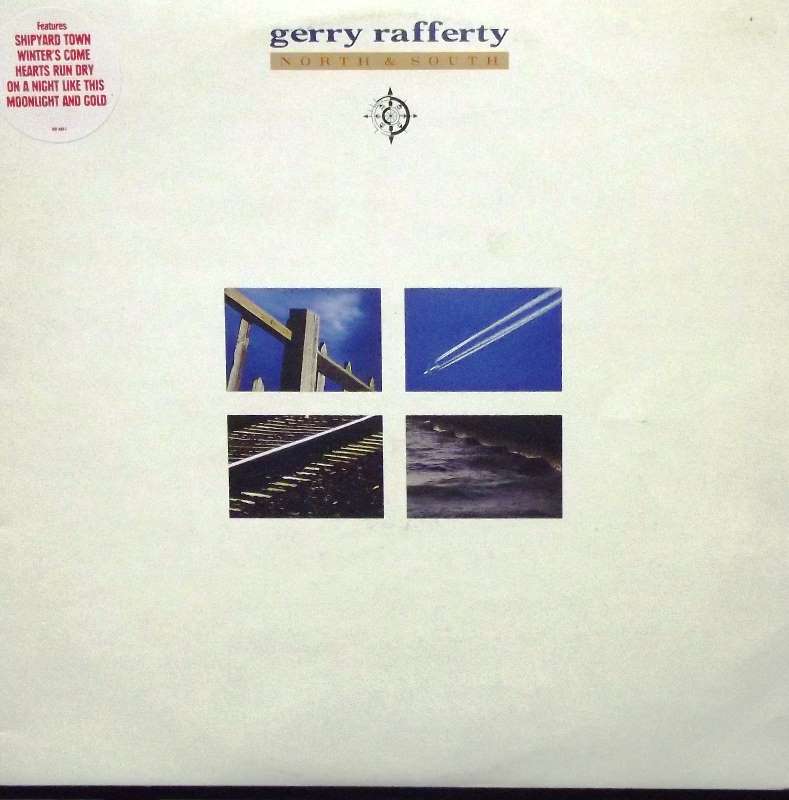 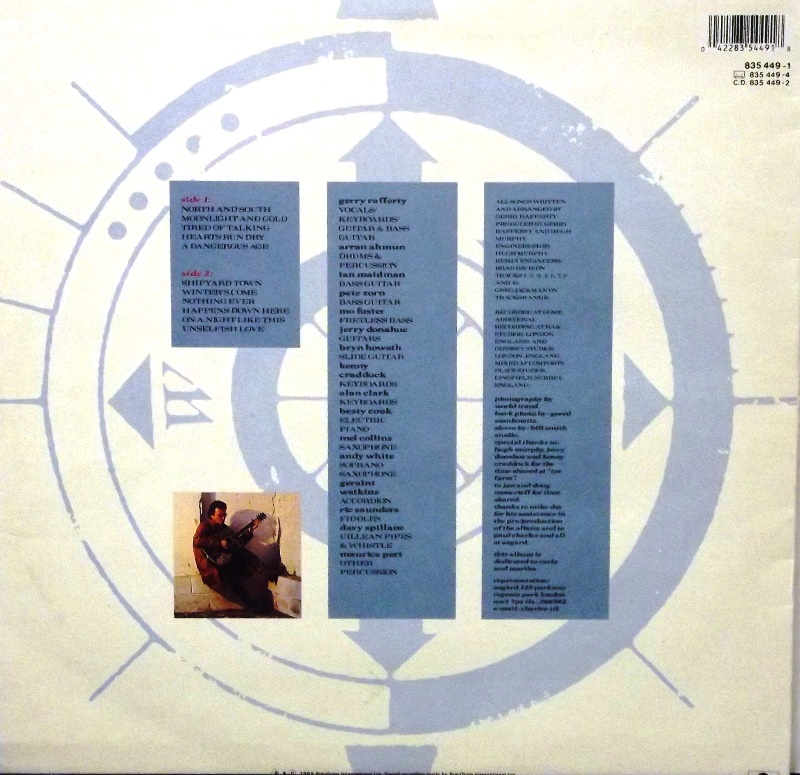 North and South is the sixth studio album by Gerry Rafferty. It was Rafferty's first studio album in six years and reunited him with producer Hugh Murphy. The album got fair reviews from critics and fans. The album was released as an LP and CD in 1988. One of the singles was "Shipyard Town", also released on several compilation albums. It was regarded by most of Rafferty's fans as the best album since Night Owl. After the rather, some felt, over-engineered nature of Sleepwalking, the album was a welcome return to form with a more stripped-back nature and less fastidiously-engineered songs