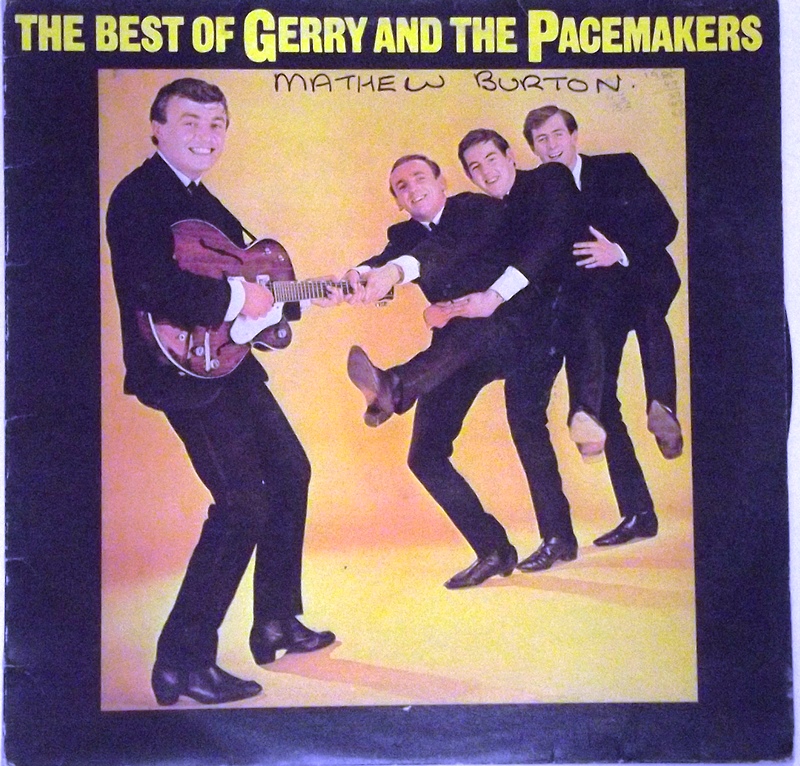 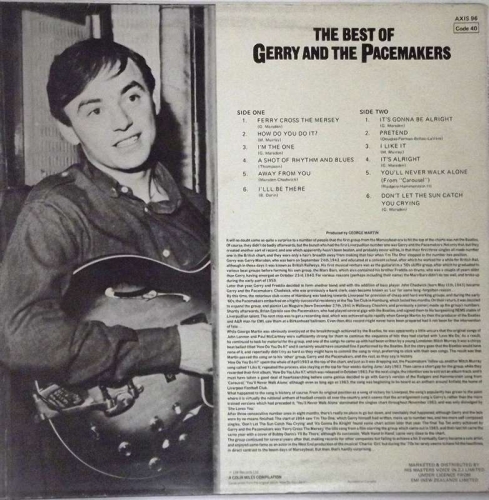 The Best Of Gerry And The Pacemakers

Nice clean vinyl with a good cover having name printed on front and on label.

This collection remains probably the best compilation of Gerry & the Pacemakers material that one can buy. All of the U.S. chart hits are here, along with many of their better album cuts and B-sides, from "How Do You Do It" to "Girl on a Swing," all in excellent sound (this disc was originally prepared by Capitol Records for release on its own imprint, and then licensed to Collectables), and the notes are also quite thorough. There is only one problem with this disc, and that concerns its focus on their American release history. As their music was issued in the United States, Gerry & the Pacemakers represented the cheerful, upbeat, pop side of the Liverpool scene, and the material featured here all fits that definition. The band did have a harder, somewhat more soulful sound, however, and serious fans are advised to look beyond this disc, to See For Miles Records' British CD The EP Collection -- not only are most of the major hits (at least, for the U.K.) represented there as well, but a lot of their harder rocking sides, including "A Shot of Rhythm and Blues" and all of their live EP Gerry In California, are also present. Material that scarcely ever got heard on this side of the Atlantic. Ideally, one would own them both to get a full picture of the group's range.