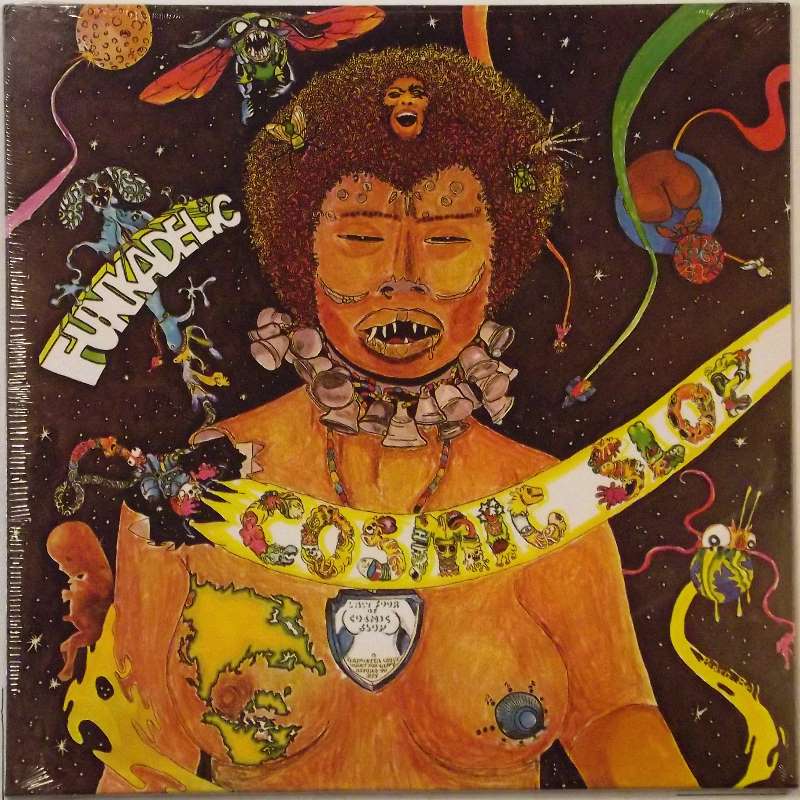 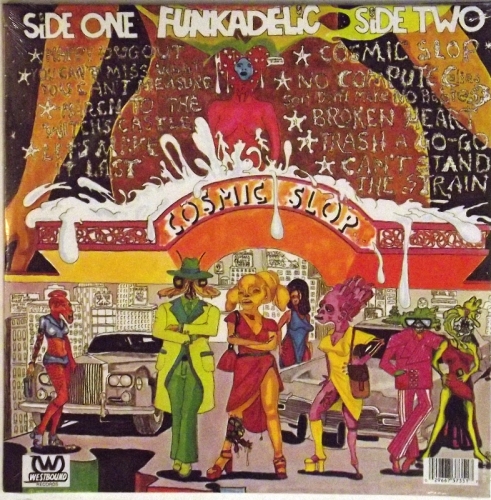 Cosmic Slop is the fifth studio album by Funkadelic, released in 1973 on Westbound Records. While it has been favorably reevaluated by critics long after its original release, the album was a commercial failure, producing no charting singles, and making only #112 on the Billboard pop chart and #21 on the R&B chart.[7]

Cosmic Slop is the first Funkadelic album to feature artwork and liner notes by Pedro Bell, who assumed responsibility for the band’s gate-fold album covers and liner notes until the band’s collapse after 1981’s The Electric Spanking of War Babies. Bell’s liner notes to Cosmic Slop include small illustrations next to each song’s name, summarizing the song in a picture.