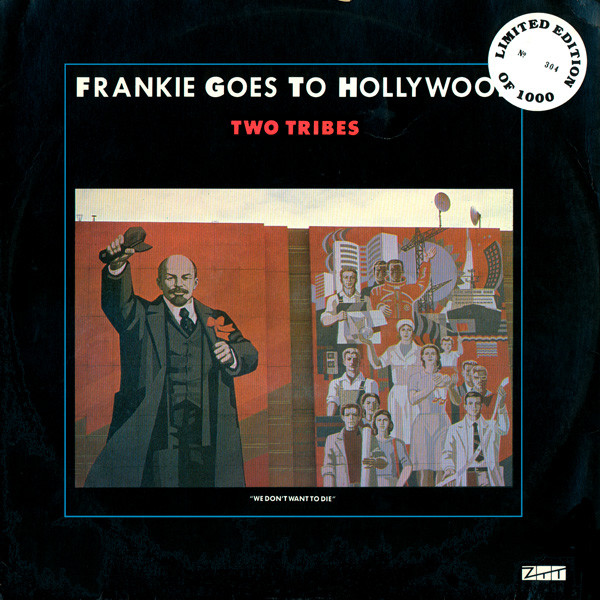 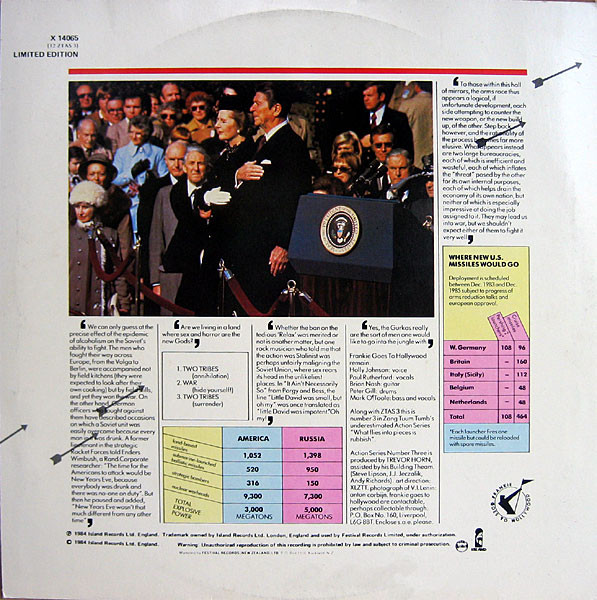 "Two Tribes" is an anti-war song by British band Frankie Goes to Hollywood, released in the UK by ZTT Records on 4 June 1984.[3] The song was later included on the album Welcome to the Pleasuredome. Presenting a nihilistic, gleeful lyric expressing enthusiasm for nuclear war, it juxtaposes a relentless pounding bass line and guitar riff inspired by American funk and R&B pop with influences of Russian classical music, in an opulent arrangement produced by Trevor Horn.

The single was a phenomenal success in the UK, helped by a wide range of remixes and supported by an advertising campaign depicting the band as members of the Red Army. It entered the UK Singles Chart at number one on 10 June 1984, where it stayed for nine consecutive weeks, during which time the group's previous single "Relax" climbed back up the charts to number two.[4][5] It was the longest-running number-one single in the UK of the 1980s. It has sold 1.58 million copies in the UK as of November 2012.[6] Songwriters Johnson, Gill and O'Toole received the 1984 Ivor Novello award for Best Song Musically and Lyrically.[7] In 2015 the song was voted by the British public as the nation's 14th-favourite 1980s number one in a poll for ITV.[8]