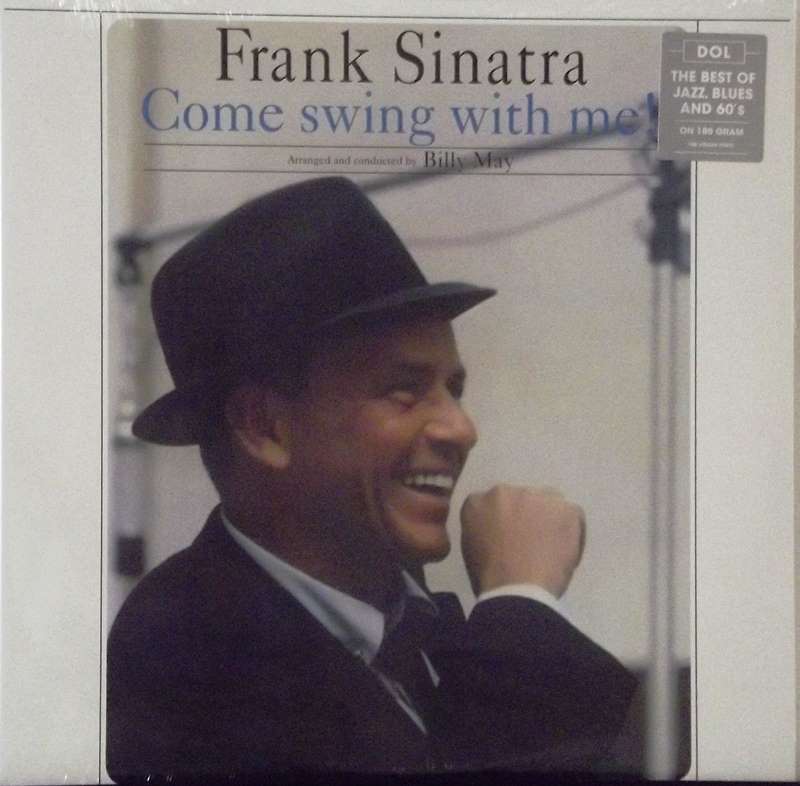 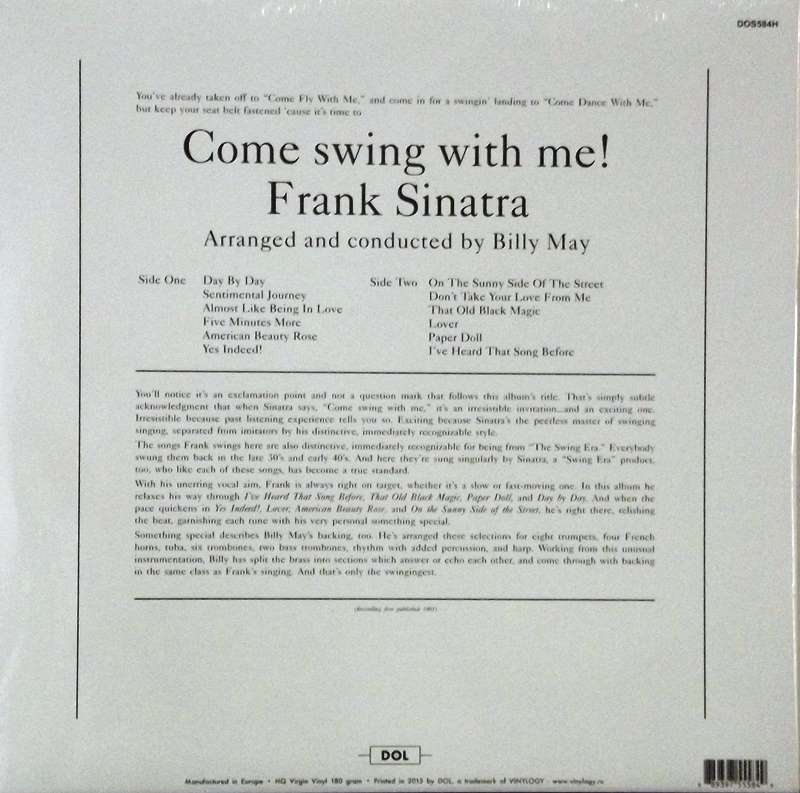 Come Swing With Me!

Come Swing with Me! is an album by American singer Frank Sinatra, released in 1961.

The album is Sinatra's final swing session with Capitol Records, as his next album, Point of No Return, would be composed mainly of torch songs. This album is possibly unique for the orchestral arrangement and stereophonic set-up by Billy May. Due to Capitol's signature "full-spectrum Stereo sound," the audience can distinctly hear the placement of specific orchestral pieces in the studio at the time of the recording, i.e. differences in brass sections from left, to right, to all together in the center.  This is most apparent to the apt listener in the album's opening hit, "Day by Day".