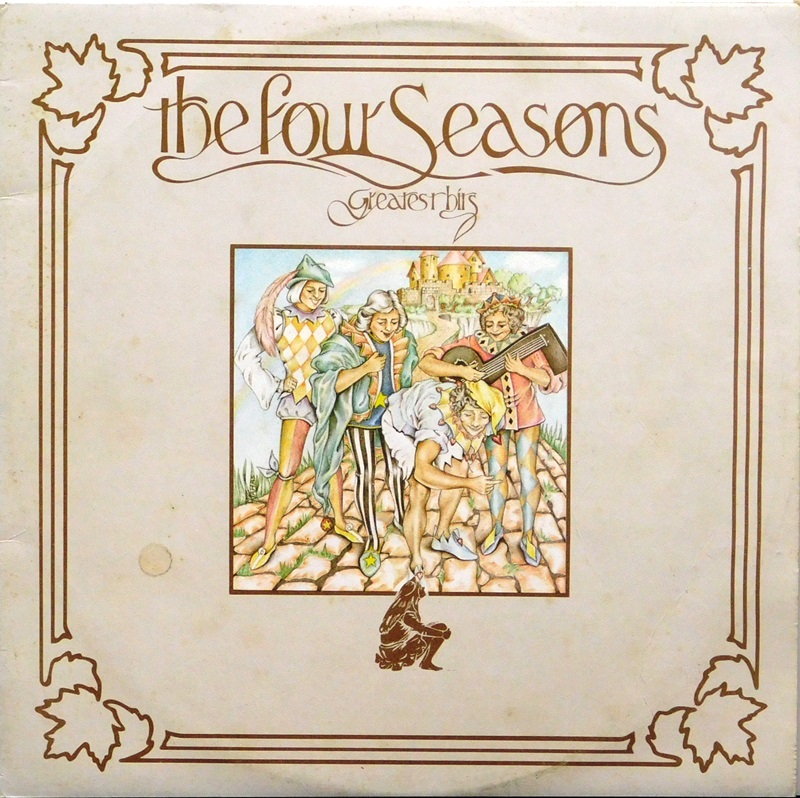 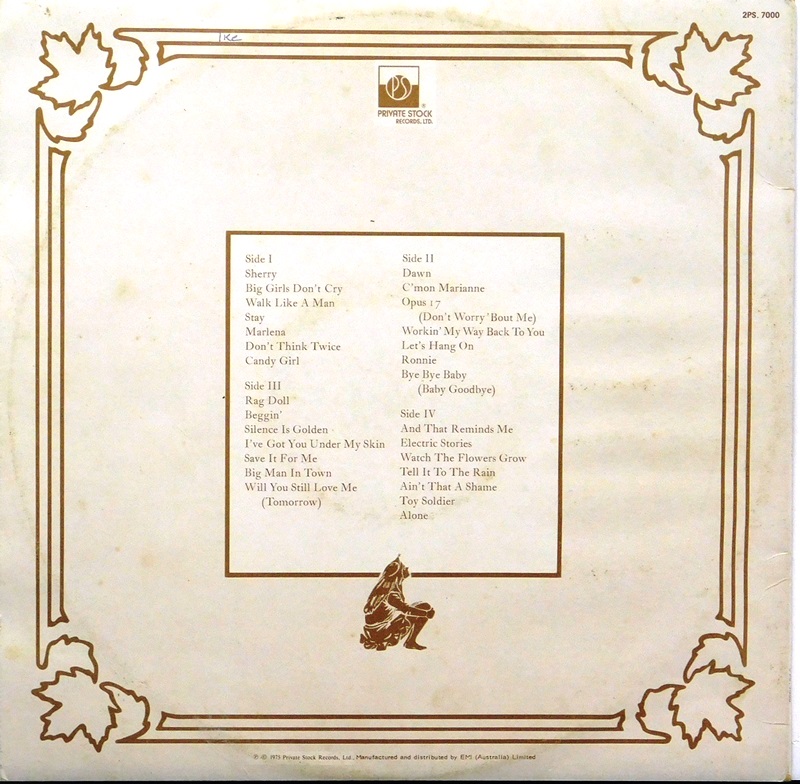 Stunning presentation of this double album vinyl and covers in great condition.

The Four Seasons Story  is a two-record compilation of The Four Seasons's biggest hit singles from 1962 to 1970. It was released in 1975 on the Private Stock label. It quickly became a gold record, selling over one million copies before the RIAA started awarding platinum records for million-selling albums (1976).