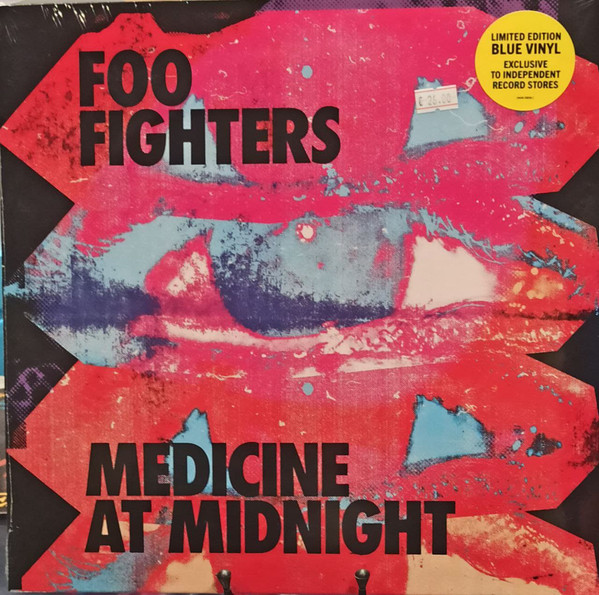 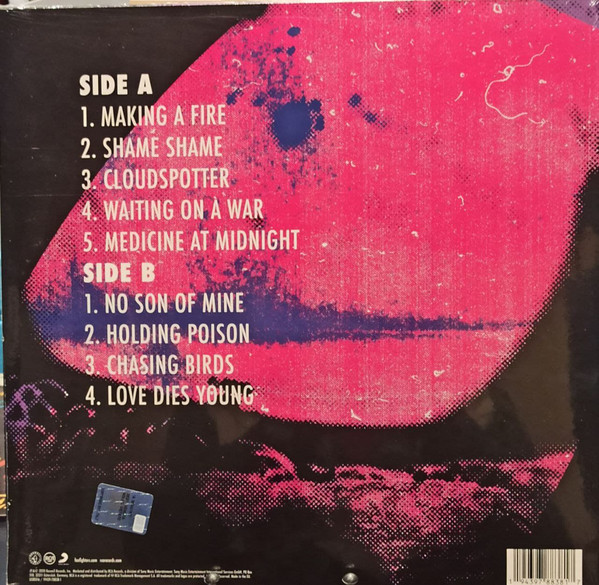 Medicine at Midnight is the tenth studio album by American rock band Foo Fighters. Originally scheduled for 2020, the album was delayed to February 5, 2021 due to the COVID-19 pandemic. Three singles were released ahead of the album's release: "Shame Shame" in November 2020, "No Son of Mine" on New Year's Day 2021, and "Waiting on a War" in January 2021.

After releasing their ninth studio album, Concrete and Gold in 2017, and touring extensively behind it through much of 2018, the Foo Fighters announced they would be taking a break in October 2018, with frontman Dave Grohl stating that although they needed a rest, he already had some initial ideas for the band's next album.[2] The break would last for less than a year, as by August 2019, drummer Taylor Hawkins reported that Grohl had already been demoing material by himself, and that the rest of the members planned to start contributing shortly thereafter.[3] The band collectively started recording for the album in October 2019.[4] The following month, Grohl described the band as being "right in the middle" of the recording process, and that the album was sounding "fucking weird".[5]

The album was recorded in a large, old house from the 1940s in Encino, Los Angeles.[6] Recording sessions proceeded quickly, something Grohl attributed two things – that the material was progressing quickly and that they were recording in an environment where strange things kept happening.[7][6] Grohl recalled:

"I knew the vibes were definitely off, but the sound was fucking on. We would come back to the studio the next day and all of the guitars would be detuned. Or the setting we'd put on the [mixing] board, all of them had gone back to zero. We would open up a Pro Tools session and tracks would be missing. There were some tracks that were put on there that we didn't put on there. But just like weird open mic noises. Nobody playing an instrument or anything like that, just an open mic recording a room."[7]

Grohl noted that they captured unexplainable footage on video, but due to a non-disclosure agreement with the house's owner, who was attempting to sell the property, the footage cannot be shown.[8] Contrary to the Concrete and Gold sessions, which frequently ended in nights of large cookouts, drinking, and parties, the sessions were wrapped up as quickly as possible.[7] In February 2020, Grohl confirmed that the album was finished.[9]