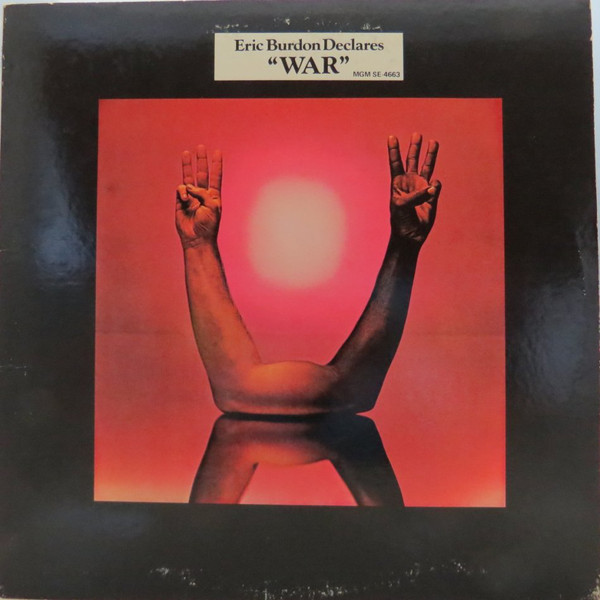 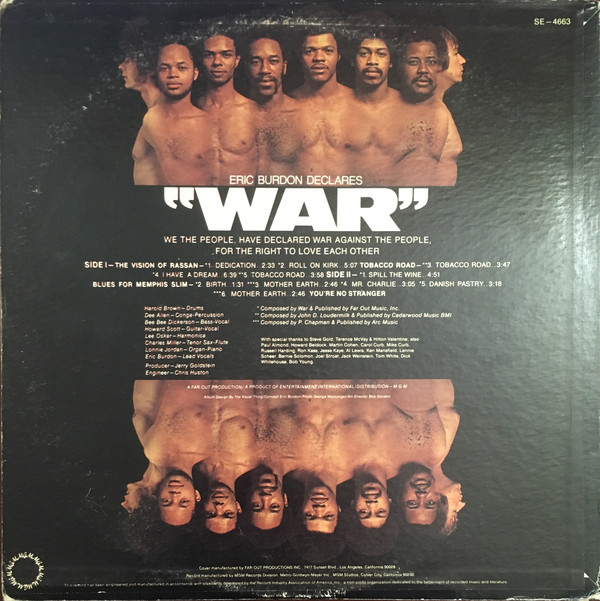 Eric Burdon Declares "War" is the first of two original albums by funk band Eric Burdon and War, released on MGM Records in April 1970. It peaked at number 18 on record charts in the USA, number 50 in the UK, and number 7 in Australia.[citation needed] The back cover includes this declaration: "We the People, have declared War against the People, for the right to love each other". The album received a gold record award