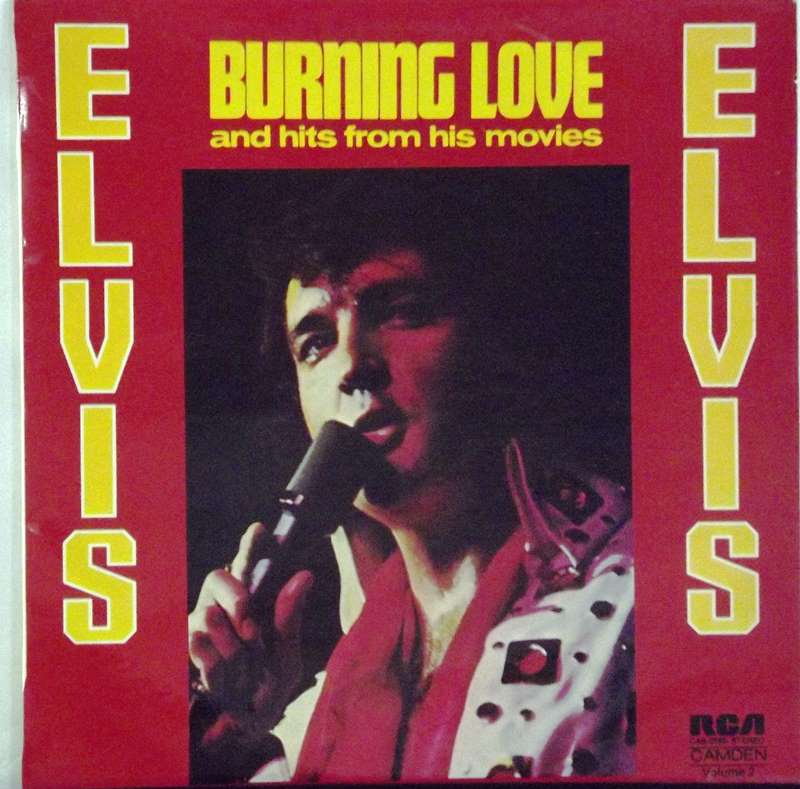 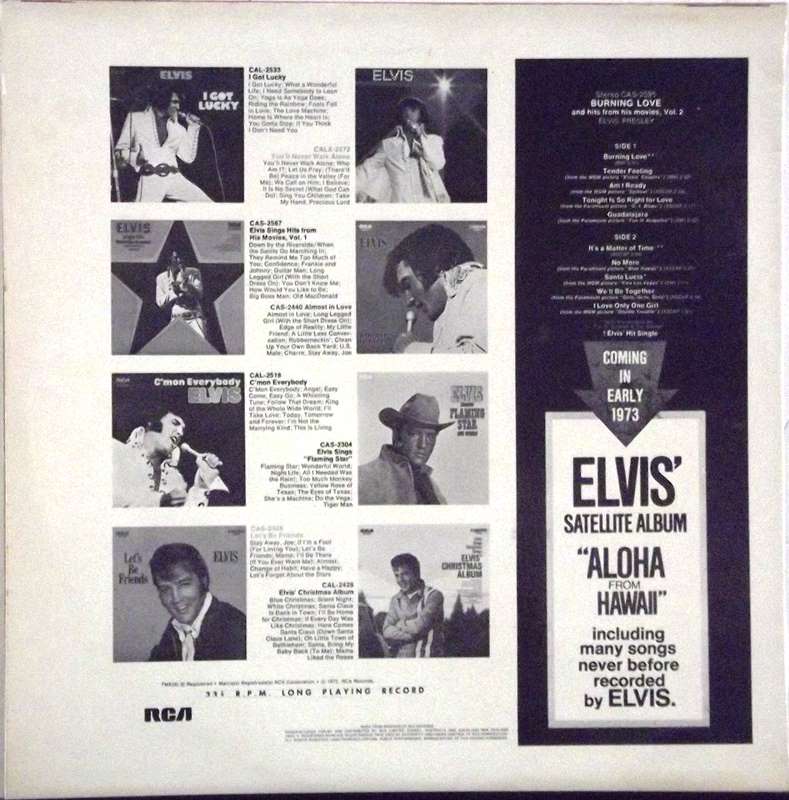 Burning Love And Hits From His Movies Vol. 2

Burning Love and Hits from His Movies, Volume 2 is a compilation album by American singer and musician Elvis Presley. The album was released on November 1, 1972 on the budget label, RCA Camden.[1] The contents of the album consist primarily of soundtrack recordings from various Presley films of the 1960s, augmented by both sides of his 1972 hit single, "Burning Love". This was unusual, as Presley's recent recordings were generally issued by RCA on the standard Victor label, and not the budget Camden subsidiary. The experiment was repeated a month later with the RCA Camden release of the compilation album Separate Ways which similarly featured a recent hit single leading a collection of older non-hit soundtrack recordings.[2] Upon its release, it reached number 22 on the Billboard chart. It was certified Gold on March 27, 1992, Platinum on July 15, 1999 and 2x Platinum on January 6, 2004 by the RIAA.[3]