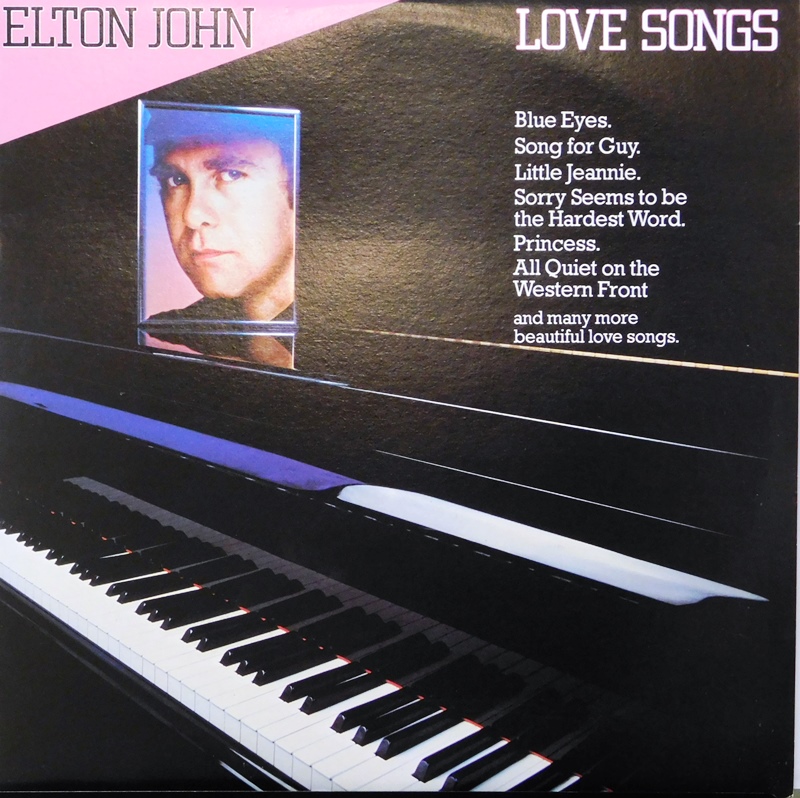 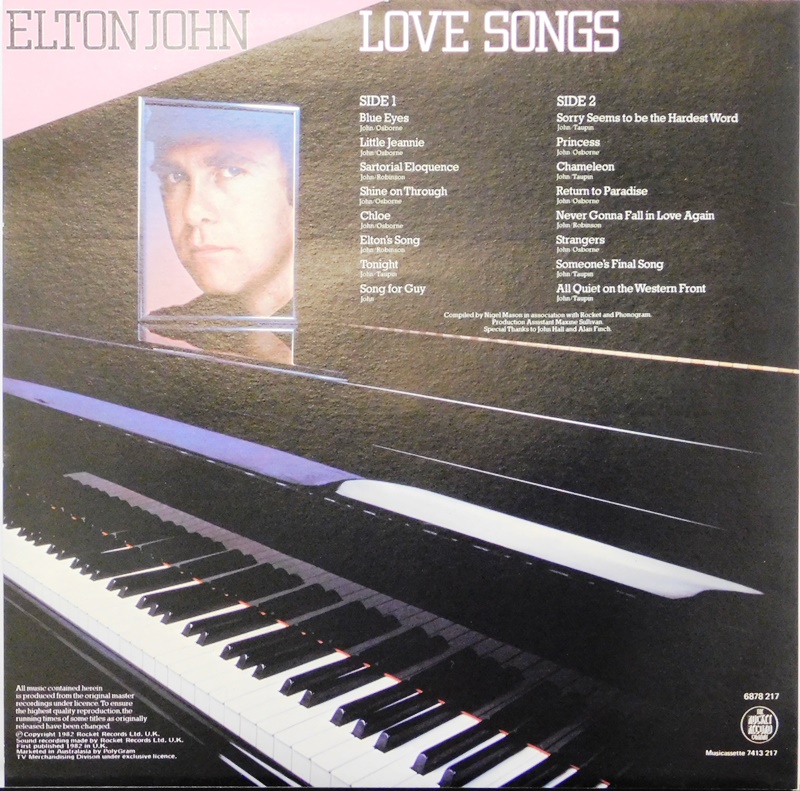 Love Songs is a compilation album by British singer-songwriter Elton John. The album was first released on 6 November 1995 by John's own label The Rocket Record Company, in conjunction with Mercury Records.[1] The album was released in North America by MCA Records almost a year after the European release, on 24 September 1996. In the US, it was certified gold in December 1996, platinum in March 1997, 2× platinum in December 1998 and 3× platinum in August 2000 by the RIAA.

The album was a major success upon its release, topping the albums charts in three countries, was certified platinum in 11 countries and multi-platinum in 7.

The release also spawned a music video compilation, which was originally released on laserdisc, VHS, and VCD.