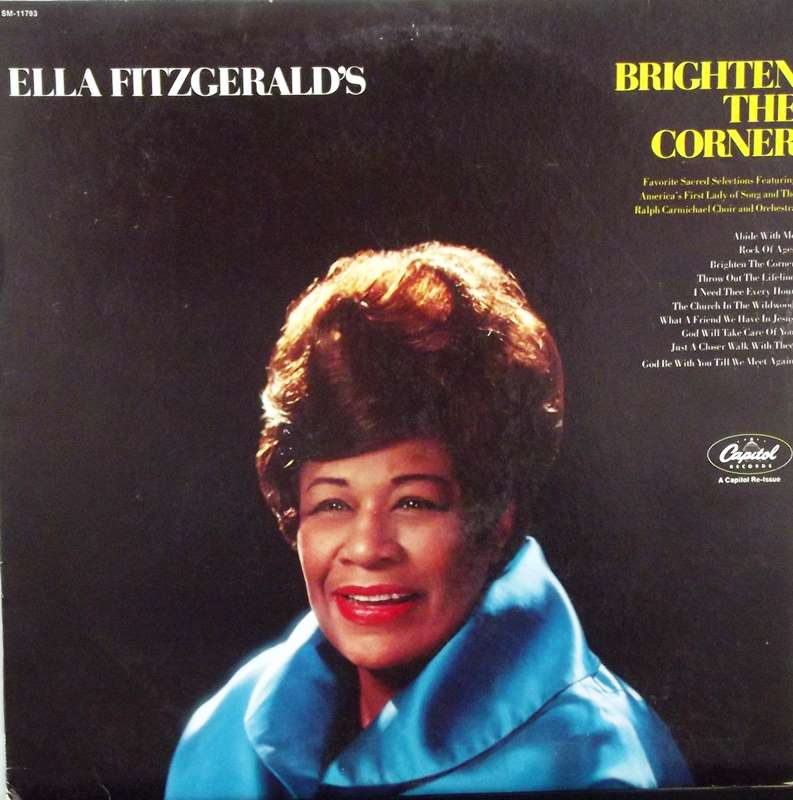 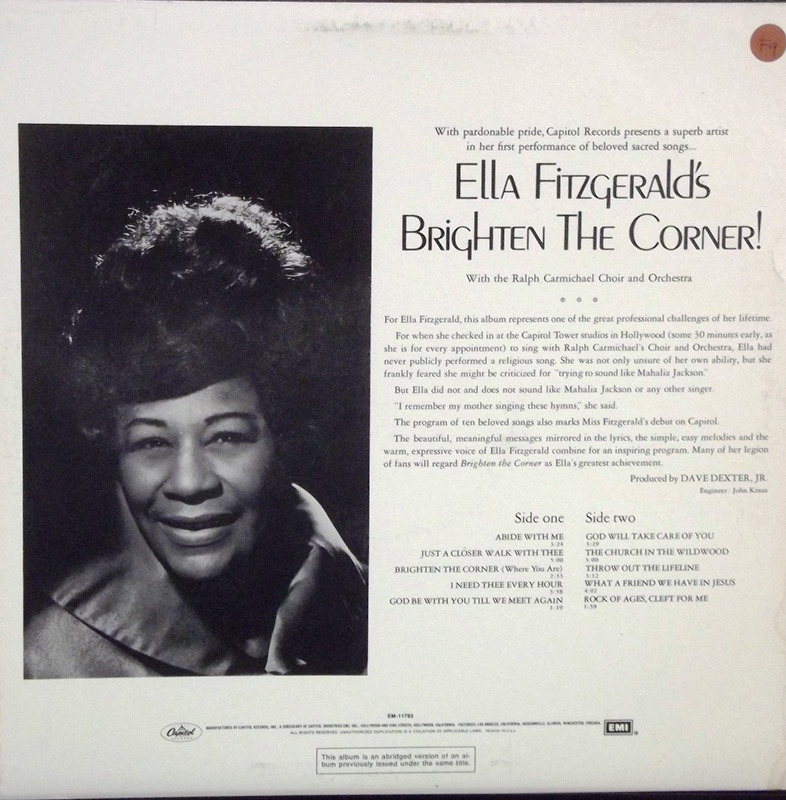 Brighten the Corner is a 1967 studio album by the American jazz singer Ella Fitzgerald, debut album on Capitol Records.[3] The album charted at #172 in the Billboard Hot 200 album charts.[4]

The album was reissued by Capitol Records on CD in 1991 and together, on one CD, with the album "Ella Fitzgerald's Christmas" in 2006.

The album was Ella's first since leaving the Verve label, which had seen her produce her most acclaimed body of work. It marked a sharp change of direction for Fitzgerald, as Brighten the Corner saw Ella sing Christian hymns, reflecting her own spirituality, and eschewing the Great American Songbook standards on which she had previously concentrated.