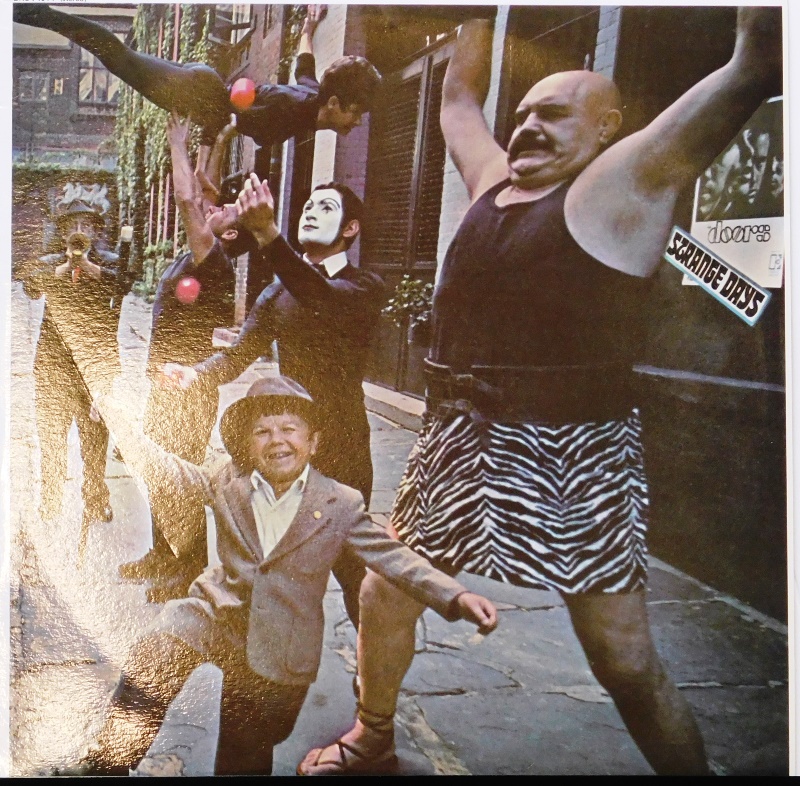 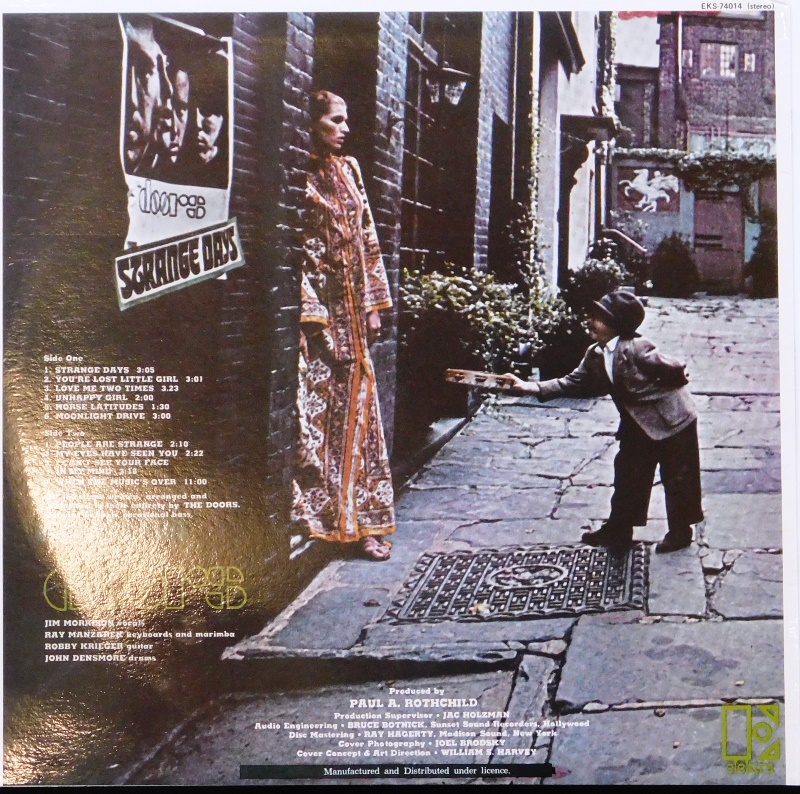 Strange Days is the second studio album by American rock band the Doors, released on September 25, 1967 by Elektra Records. The album was a commercial success, reaching number 3 on the US Billboard 200, and eventually earning RIAA platinum certification. The album contains the Top 30 hit singles "People Are Strange" and "Love Me Two Times".

Strange Days was recorded during tour breaks between May and August 1967 at Sunset Sound Recorders in Hollywood (the same studio as their first LP). In contrast to the 1966 sessions, producer Paul A. Rothchild and engineer Bruce Botnick employed a cutting-edge 8-track recording machine. The protracted sessions allowed the band to experiment in the studio and further augment their otherworldly sound with unusual instrumentation and sonic manipulation. According to Botnick, this approach was inspired by the band obtaining an advance copy of the Beatles' Sgt. Pepper's Lonely Hearts Club Band album and "absolutely flipping out" at what they heard. Botnick said that, following the Beatles' example, the Doors were determined to pursue "new techniques of recording. No holds barred."[1]

Developed with the assistance of Paul Beaver, the title track constitutes one of the earliest uses of a Moog synthesizer in rock. On the Morrison poem "Horse Latitudes", Botnick took the white noise of a tape recorder and varied the speed by hand-winding it (resulting in a sound akin to wind) as the four band members played a variety of instruments in unusual ways. Further varispeed was then employed to create different timbres and effects.[2][full citation needed] The band also explored musique concrète techniques on the album.[1]

Session musician Douglass Lubahn played bass during the recording of the album.[3]