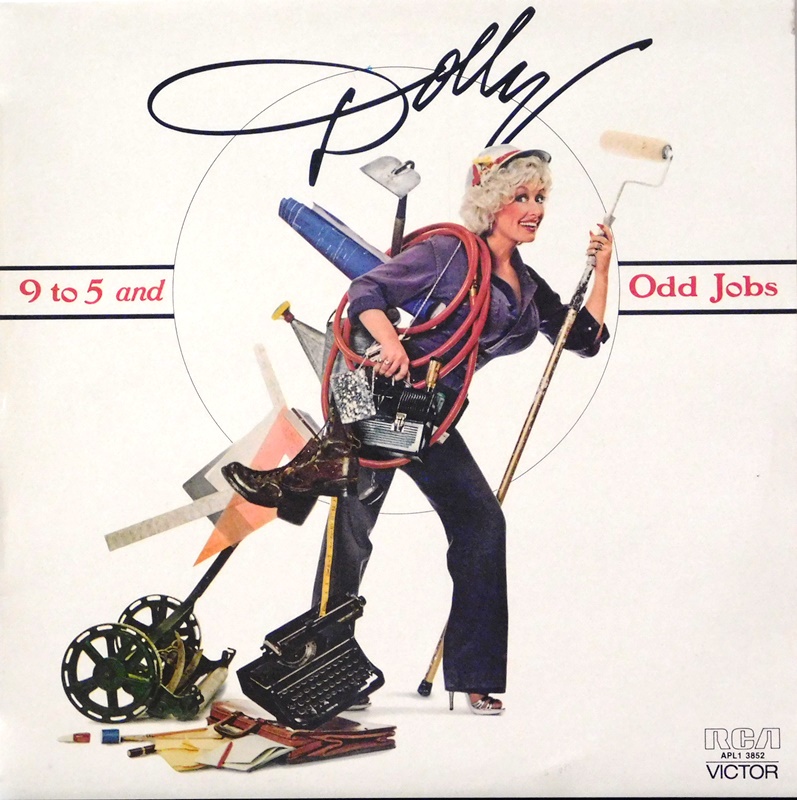 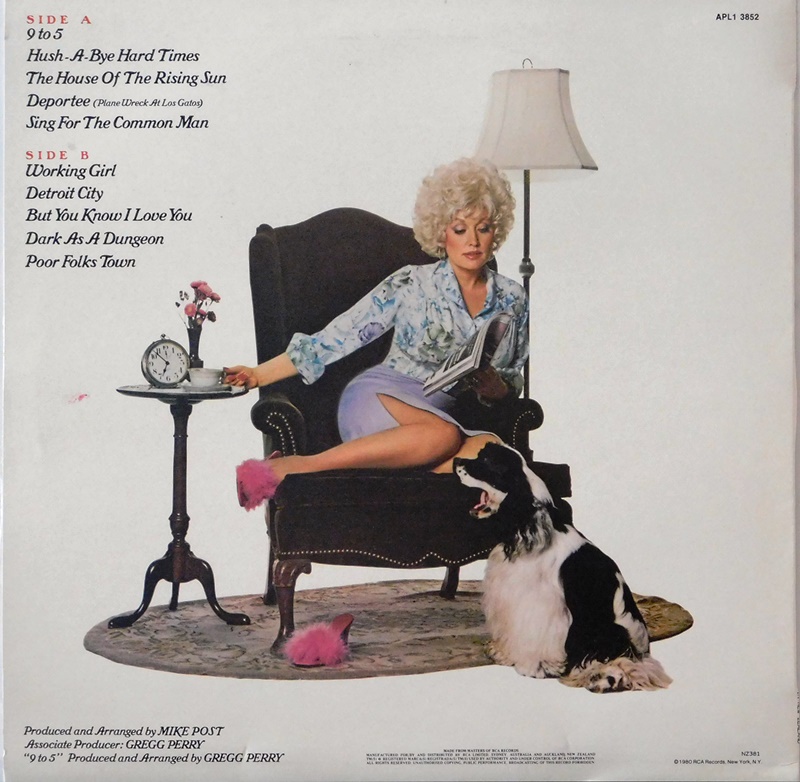 9 to 5 and Odd Jobs is the twenty-third solo studio album by Dolly Parton. It was released on November 17, 1980, by RCA Records. A concept album about working, the album was centered on Parton's hit "9 to 5", which served as the theme song to the film of the same name (co-starring Parton, Jane Fonda and Lily Tomlin), and topped both the U.S. country and pop charts.  The album's two additional singles—a cover of Mike Settle's "But You Know I Love You" and a reading of "The House of the Rising Sun" – provided further country hits, with "But You Know I Love You" also reaching #1.

The understated pop-country arrangement of most of the songs was seen as a welcome return to form for Parton by critics, after the overly-polished pop sound of Parton's previous albums.  In addition to five Parton compositions, the album contained a number of folk and country classics, including work by Woody Guthrie, Mel Tillis and Merle Travis.

A 1983 reissue on cassette omitted the tracks "Detroit City" and "Dark as a Dungeon," and moved the song "Sing For The Common Man" to the end of Side 2. However, a 2009 reissue of the album included all ten of the album's original tracks, as well as a remixed version of "9 to 5", and a previously unreleased cover of Sly & the Family Stone's 1969 hit "Everyday People" as bonus cuts.

The album stayed at No. 1 on the Billboard Top Country Albums chart for 10 consecutive weeks and ended up being certified Gold by the Recording Industry Association of America.[1]