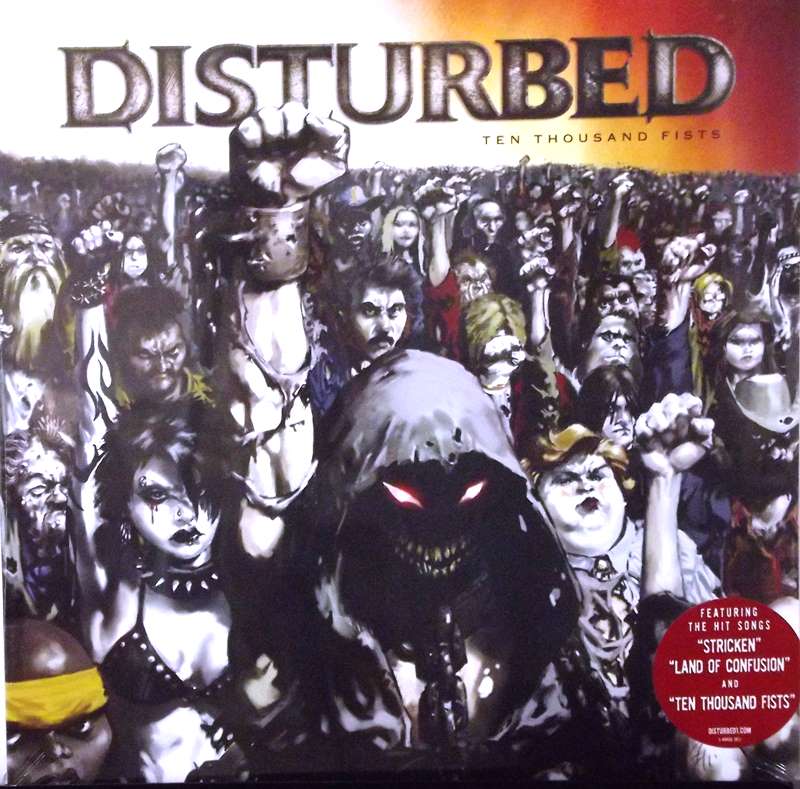 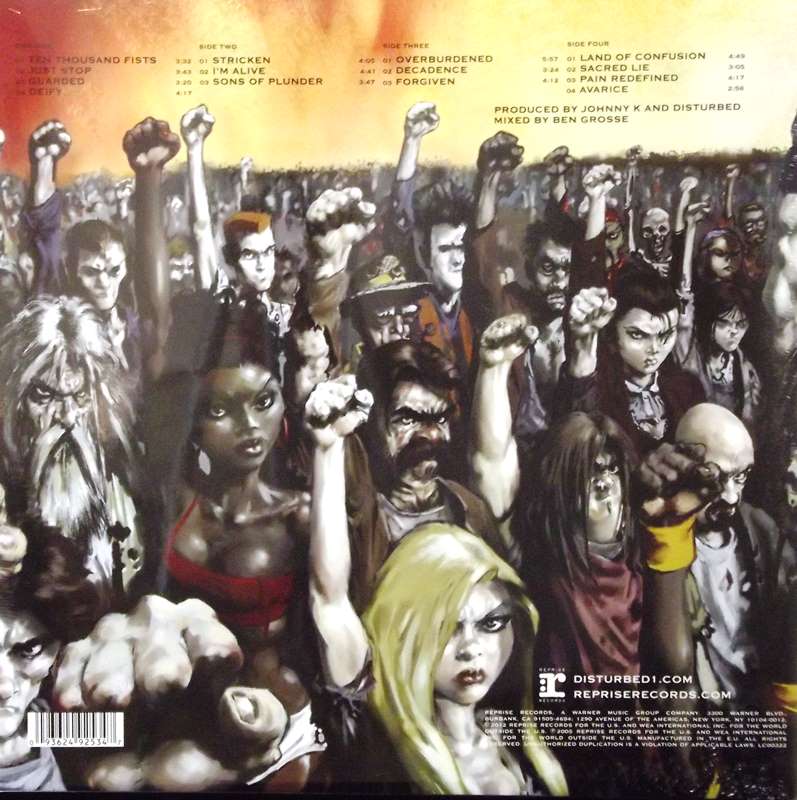 Ten Thousand Fists is the third studio album by American rock band Disturbed. It was released on September 20, 2005 and became Disturbed's second consecutive number 1 debut on the Billboard 200 in the United States, shipping around 239,000 copies in its opening week.[2] It has been certified Platinum by the RIAA and was also the band's second number 1 release in New Zealand. It is also the first Disturbed album to not have the Parental Advisory label.

Ten Thousand Fists marks the first album with bassist John Moyer who replaced Steve Kmak following his dismissal in 2003. However, Moyer was considered a session musician during the time of recording, and only became a full-time member during the tour supporting the album.[3] It would be the band's third and final collaboration with mainstay producer Johnny K. He would later appear full-bodied in the music video for "Land of Confusion" song.