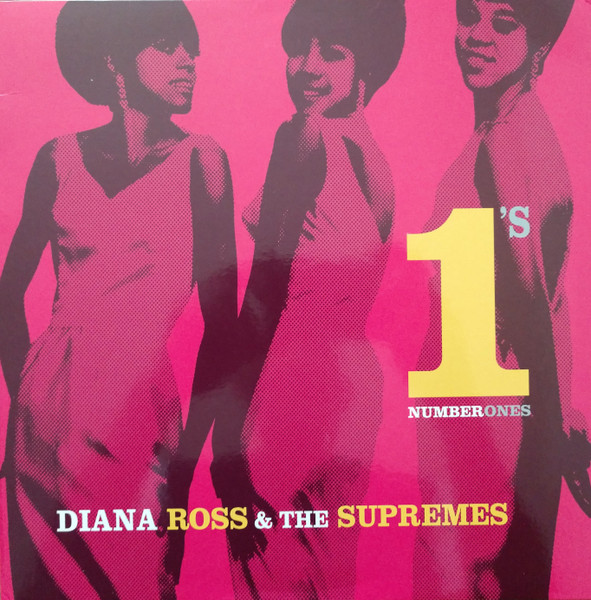 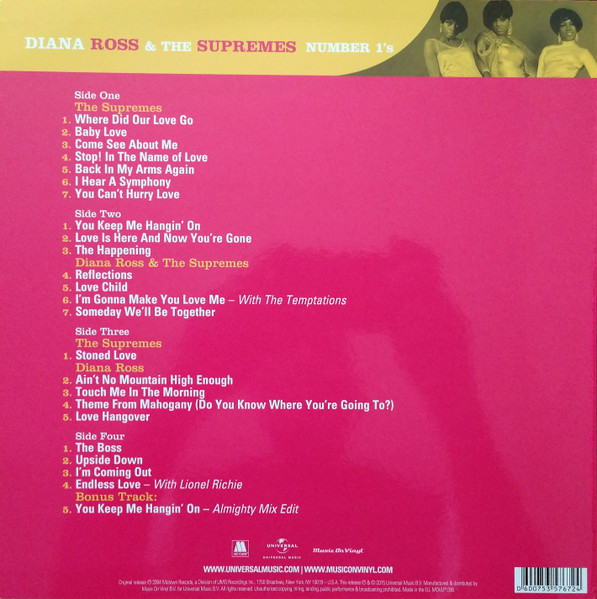 The Supremes, the most commercially successful girl group in Pop history, were one of the jewels in Motown Records' artist stable. Given wonderful material by Motown's amazing songwriters, the group scored numerous Number One Pop hits, as did singer Diana Ross when she left the group and went solo, and Motown's bright, modern, and uptown image as a label had a lot to do with the way these ladies gracefully and elegantly presented themselves and took over a song.

Two dozen of those Number One hits, both as The Supremes and as Ross solo, are collected here, including the timeless classics "Come See About Me", "You Can't Hurry Love", "You Keep Me Hangin' On" and "Stop! In the Name of Love". The album also features a bonus remix of "You Keep Me Hangin' On". Several songs on this album are longer than the original versions.

The songs have all been remastered and remixed from the original master tapes. The quality of the sound is much clearer than any collection before. Having used the original elements from the original masters, the mixers were able to attain new recordings, with much clearer sounds, heavier bass and noticeably higher volume levels of the background vocals. The vocals and instrumentations are let go on until the musicians stopped playing and the girls finished singing, without fade-outs. These had never been heard before being issued on this album.