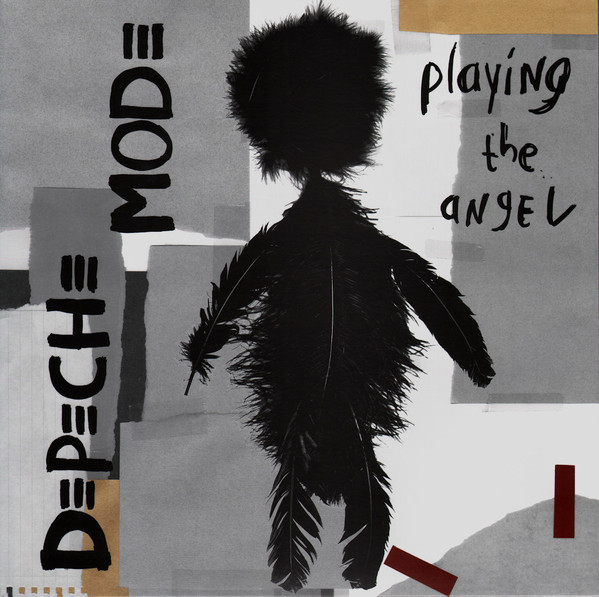 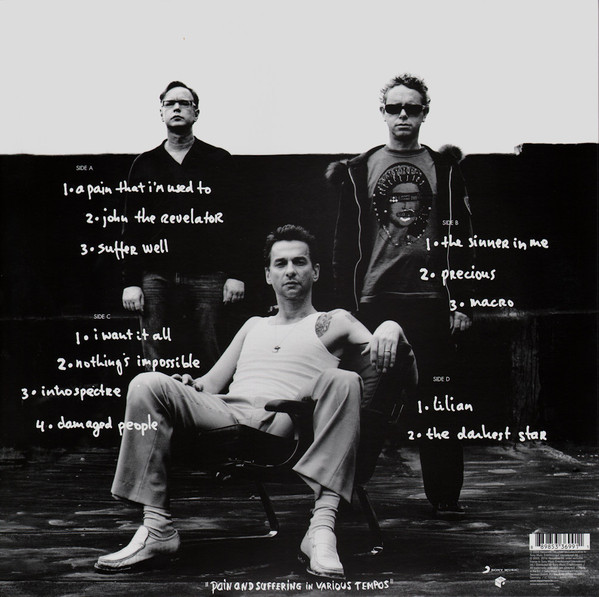 Playing the Angel is the eleventh studio album by English electronic music band Depeche Mode. It was first released on 14 October 2005 by Mute Records internationally, and by Sire Records and Reprise Records in the United States. It was supported by the Touring the Angel tour and the four singles "Precious", "A Pain That I'm Used To", "Suffer Well", and "John the Revelator" / "Lilian". The album reached number one in over 10 countries and entered the top 10 in the United Kingdom and United States.

Playing the Angel is the first Depeche Mode album to feature lead singer Dave Gahan as co-writer.[3] He wrote the lyrics to "Suffer Well", "I Want It All" and "Nothing's Impossible", while Christian Eigner and Andrew Phillpott wrote the music. Gahan is the lead singer on all songs except for the instrumental "Introspectre", and Martin Gore-sung tracks "Macro" and "Damaged People". Gahan also sings backing vocals on "Macro". Tracks recorded during the Playing the Angel sessions that did not make the album include "Martyr", which was originally planned to be the lead single but was eventually deemed too poppy for the album and saved for The Best of Depeche Mode Volume 1. Other songs include "Free", which ended up on the "Precious" single and the Japanese version of Playing the Angel.

Lyrically, some of the themes that appear quite often are faith, sin, pain, and suffering. Gore said that the track "John The Revelator" talks about faith but claims that "It also denounces the belief in a god who punishes and damns".[4] Gahan explained that the origin of the track "Suffer Well" has to do with when a friend of his told him to "suffer well" (likely during his time as a substance abuser in the 1990s) and the line stuck with Gahan.[5] Another subject that Gore wrote about was his divorce from his wife. The track "Precious" was written about how Gore's children were coping with their parents' divorce. Gore stated that "[t]he song ends with the verse 'I know you've learned to trust / keep faith in both of us'. All of our songs, even the most depressive ones, contain hope".[6][failed verification] The title Playing the Angel is taken from a lyric in the closing song "The Darkest Star". It is the third Depeche Mode album to take its name from a lyric in one of its songs, the other two being Construction Time Again and Some Great Reward. The track "Macro" was found to have the band's most sophisticated lyrics.

Musically, the album has a much more raw and gritty sound than its predecessor. Gillian Telling of Rolling Stone described the album's sound as featuring "the band's classic blend of synth-pop beats, heavy guitar riffs and dark lyrics".[7] The album has been called a more organic record for using more analogue synths than digital ones. In addition, most of the soundscapes presented are harsher and groovier than the more mellow Exciter. Producer Ben Hillier said that the verses on opening track "A Pain That I'm Used To" were extremely difficult to get right and Gore believed that the intro was also extremely difficult. According to Hillier, the choruses came together very well.[8][9] Gore also told Keyboard Magazine that he had been listening to a lot of gospel music and that it directly inspired the track "John The Revelator" though the track strays far from its inspiration. Hillier also recalled that the tracks "Suffer Well" and "The Sinner in Me" were massively changed from their original demos.[10] "Nothing's Impossible" was also massively changed from its demo and was transformed into one of the heaviest and more distorted songs on the album. The demo version of "Nothing's Impossible" appears on the deluxe edition of Sounds of The Universe.