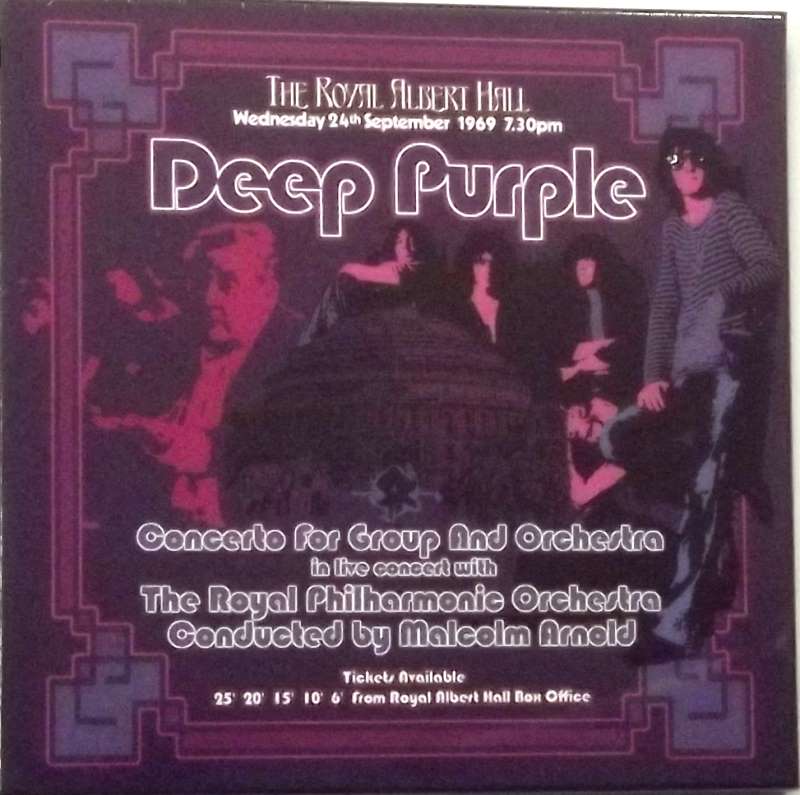 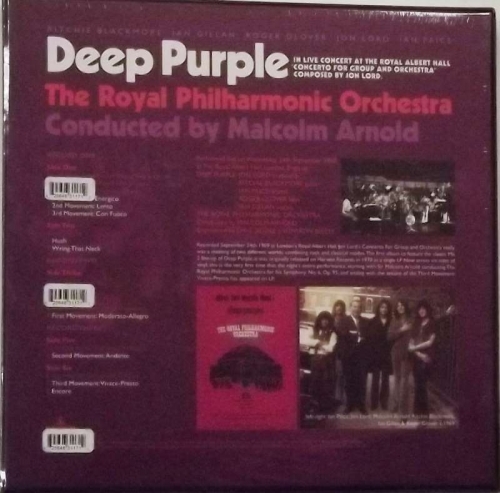 The Concerto for Group and Orchestra is a concerto composed by Jon Lord, with lyrics written by Ian Gillan. It was first performed by Deep Purple and The Royal Philharmonic Orchestra conducted by Malcolm Arnold on 24 September 1969 and released on vinyl in December 1969. After the score was lost in 1970, it was performed again in 1999 with a recreated score. The 1969 performance was the first ever combination of rock music and a complete orchestra and paved the way for other rock/orchestra performances such as Metallica's S&M concert and Roger Waters's The Wall – Live in Berlin performance.