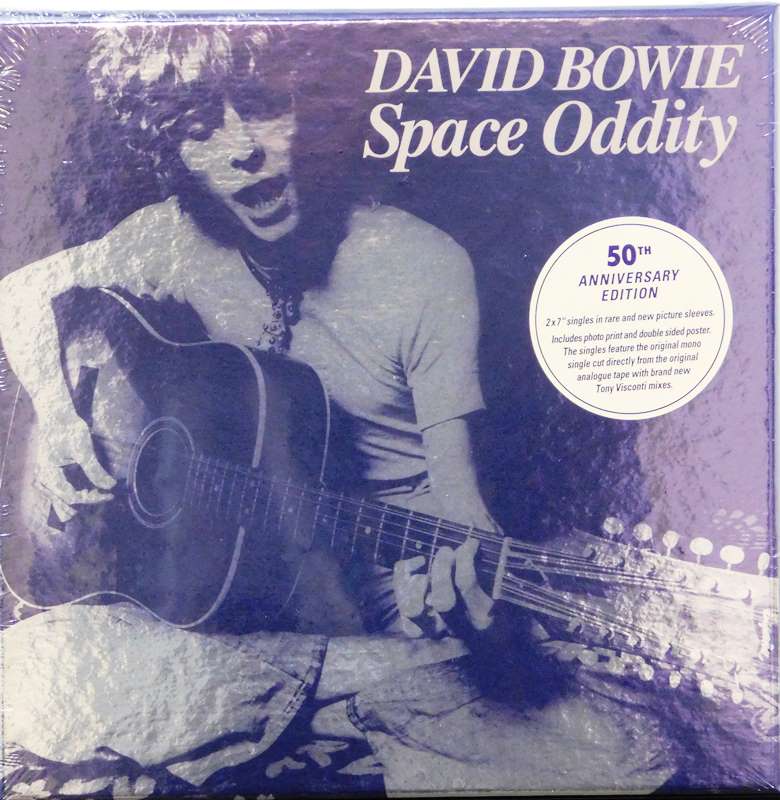 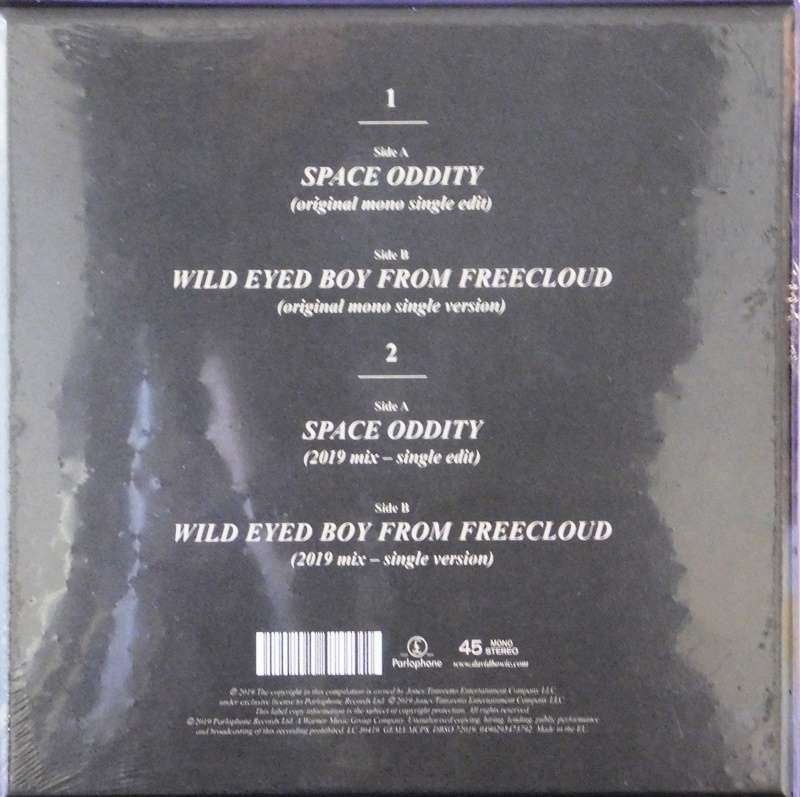 As part of the ongoing celebrations marking 50 years since David Bowie’s first hit, and following announcements of the Spying Through A Keyhole, Clareville Grove Demos and the “Mercury" Demos collections, Parlophone is releasing a very special double 7” single of Space Oddity featuring brand new remixes by Tony Visconti. The set and a 1 track digital single of the single edit of the 2019 mix of Space Oddity for streaming and download will be released by Parlophone on 12th July, 2019, the day after the single’s 50th anniversary.

Space Oddity 50th anniversary double 7” set will come in a box including a double-sided poster featuring an original Space Oddity press advertisement and a Ray Stevenson shot of David taken on stage at the Save Rave ‘69 concert at the London Palladium on 30th November, 1969, the backdrop featuring a N.A.S.A. astronaut. The set also includes an information card and a print featuring an alternative shot by Jojanneke Claassen from the Space Oddity promo single cover session.

A facsimile of the original ultra-rare unissued UK picture sleeve has been used for the cover of the original mono single, which, along with the label, features the original Philips trademark specifically cleared for this 50th anniversary release. The single itself has been cut from the original analogue single master tape. The jacket housing the 2019 remixes by Tony Visconti is a new design featuring an alternative Ray Stevenson shot from the Save Rave ‘69 concert to that on the poster.

First released as a 7-inch single on 11 July 1969, Space Oddity was also the opening track of his second studio album, David Bowie. Initially inspired by Stanley Kubrick's film 2001: A Space Odyssey, the song gained huge popularity when it was adopted as the unofficial theme of the Apollo 11 Moon landing mission which launched five days after the single’s release.

Over the past 50 years Space Oddity has been on a journey as long and as far as its main character, Major Tom. Originally written and demoed in November 1968, the song has gone through many guises from appearing in the filmed for television special Love You Til Tuesday in an earlier recorded incarnation with John ‘Hutch’ Hutchinson, to being recorded in Italian (Ragazzo solo, Ragazza sola), winning an Ivor Novello Special Award for Originality in May 1970, being Bowie’s first hit on both sides of the Atlantic (#5 in the U.K. in 1969, #1 in the U.K. in 1975 and #15 in the U.S. in 1973), having no less than three videos made for it and in 2013 was performed by Canadian astronaut Commander Chris Hadfield, while aboard the International Space Station, and became the first music video shot in space. Major Tom remained a motif for Bowie throughout his career revisiting the character in the songs Ashes to Ashes, Hallo Spaceboy and in the music video for ★.