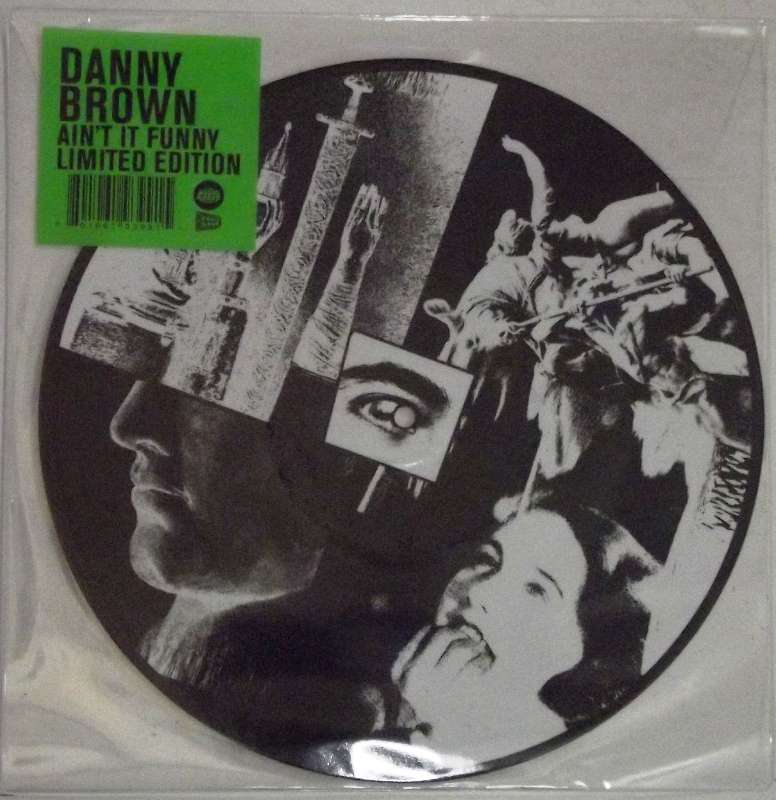 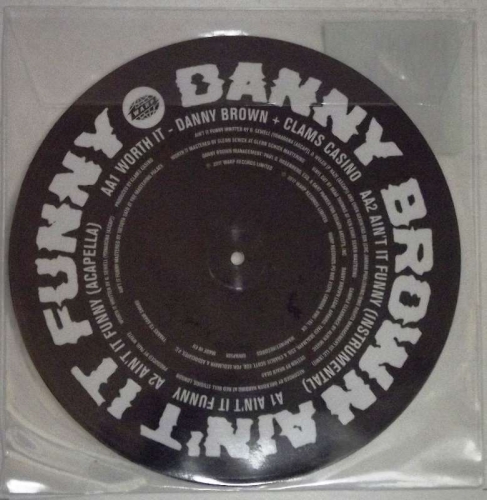 Brand new 10" picture disc made in the EU.

Daniel Dewan Sewell[1][2] (born March 16, 1981), better known by his stage name Danny Brown, is an American hip hop recording artist from Detroit, Michigan. He is best known for his individuality, being described by MTV as "one of rap's most unique figures in recent memory".[3] In 2010, after amassing several mixtapes, Brown released his debut studio album, The Hybrid. Brown began to gain major recognition after the release of his second studio album, XXX, which received critical acclaim and earned him such accolades as Spin, as well as Metro Times "Artist of the Year".[4] In 2013, he entered a US Billboard chart, with the release of his third studio album, Old, which reached number 18 on the US Billboard 200 chart and spawned three singles, "Dip", "25 Bucks" and "Smokin & Drinkin". His latest studio album, Atrocity Exhibition, was released on September 27, 2016.