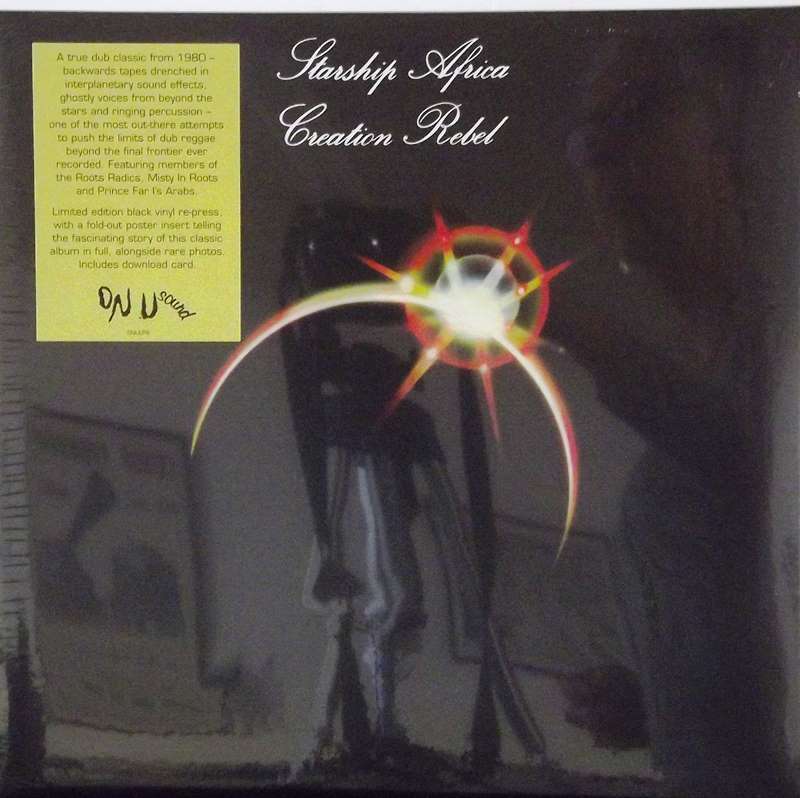 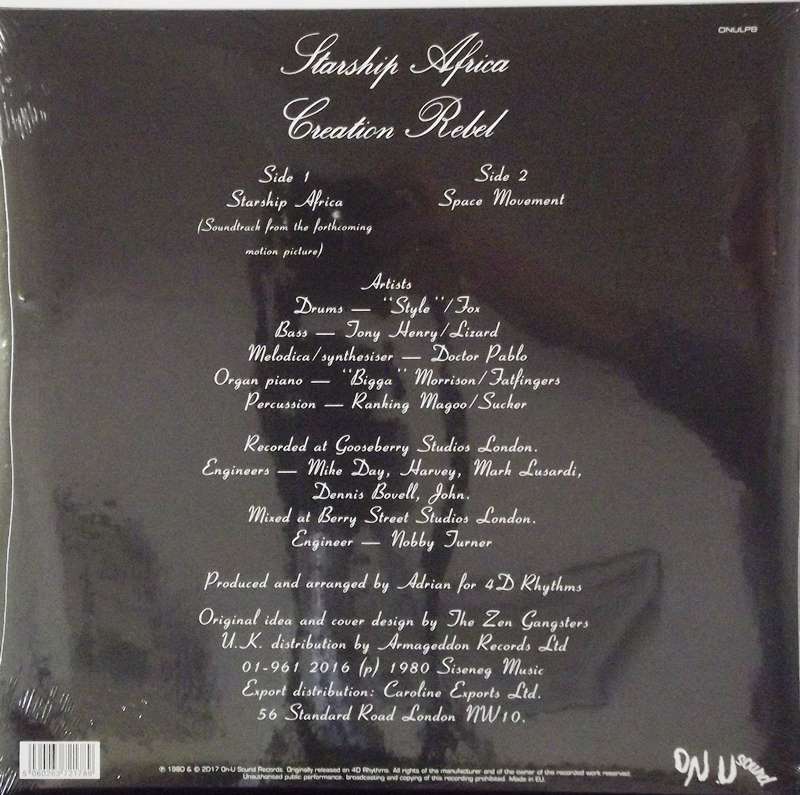 Originally recorded in 1978 (following the recording of Dub from Creation), the mighty Starship Africa was already envisioned as the debut album by one DJ Superstar, toasting over a series of rhythms performed by the basic Creation Rebel unit, with Misty in Roots' Tony Henry on superbly melodic bass.
These original tapes have long since vanished - the project was cancelled and it would be another two years before Adrian Sherwood returned to them, while casting around for the maiden release by a new label he was involved with, 4D Rhythms.
Remixing and re-recording the rhythms saw Jamaican drummer Style Scott recruited to play live over Charlie Eskimo Fox's original tapes (played backwards through the desk!); an additional half a dozen percussionists, drawn from whoever happened to be in the studio at the time, were also overdubbed. Rumoured to be the planned soundtrack of a Don Letts-directed film about ‘alien dreads from beyond the stars’ (!) it’s mixture of interplanetary sound effects and heavy, heavy bass pressure still has the ability to astonish.