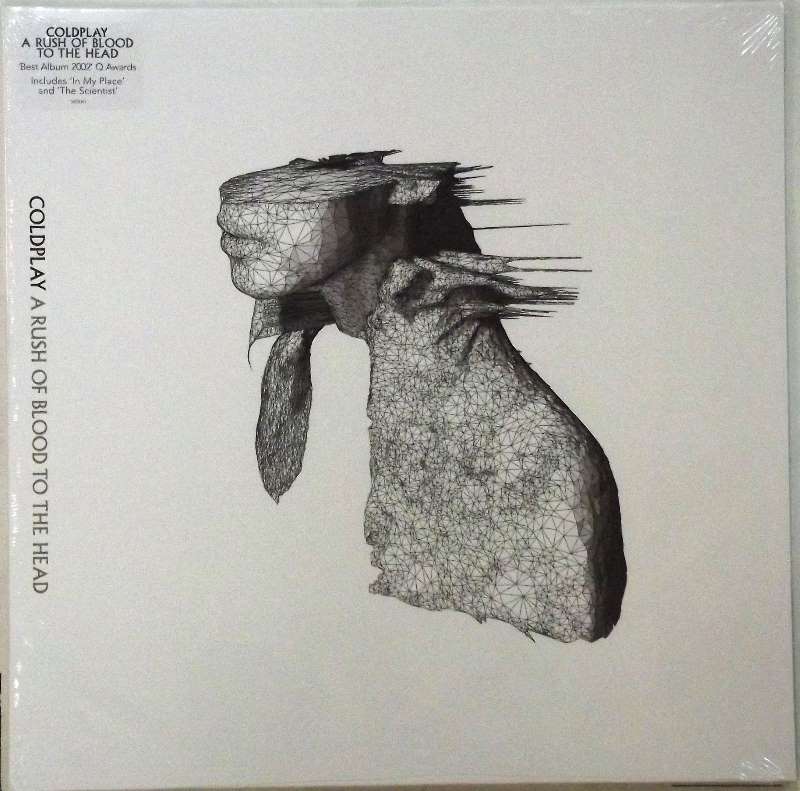 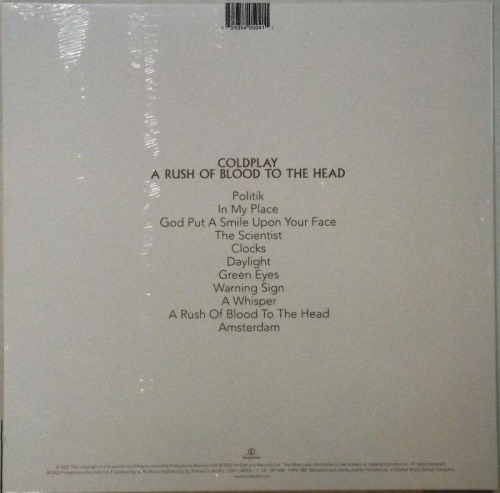 A Rush Of Blood To The Head

Sealed brand new reissue of this iconic album housed in a gatefold cover. Made in the EU.

A Rush of Blood to the Head is the second studio album by British alternative rock band Coldplay. Released on 26 August 2002 in the UK through the label Parlophone, the album was produced by the band and British record producer Ken Nelson. Recording started after the band became popular worldwide with the release of their debut album, Parachutes, and one of its singles in particular, "Yellow".[1][2] The album makes greater use of electric guitar and piano than its predecessor.

The album was made available in August 2002, two months after its original planned release date.[3] It was released on 27 August in the United States through Capitol Records. Capitol released a remastered version of the album in 2008 on a 180-gram vinyl record as part of the "From the Capitol Vaults" series. The album debuted and continued their huge commercial legacy, an ongoing pattern that began with Parachutes which made Coldplay one of the best-selling bands worldwide. It topped the UK Albums Chart upon its first week of release in the United Kingdom, and became the eighth biggest-selling album of the 21st century in the UK.[4] The British Phonographic Industry has since certified the album 9× Platinum for its accumulated sales of over 2.8 million units in the UK and this album sold 20 million worldwide. The album spawned the hit singles "In My Place", "The Scientist", and "Clocks". "God Put a Smile upon Your Face" was also released, but was significantly less successful.

A Rush of Blood to the Head has been critically acclaimed, and the band won the 2003 Grammy for Best Alternative Album for the second year in a row, and the 2004 Grammy for Record of the Year for the song "Clocks". In 2012 it was ranked number 466 on Rolling Stone's 500 Greatest Albums of All Time. It was also voted the best album of all time by the listeners of BBC Radio 2 in a poll conducted in 2013.[5]