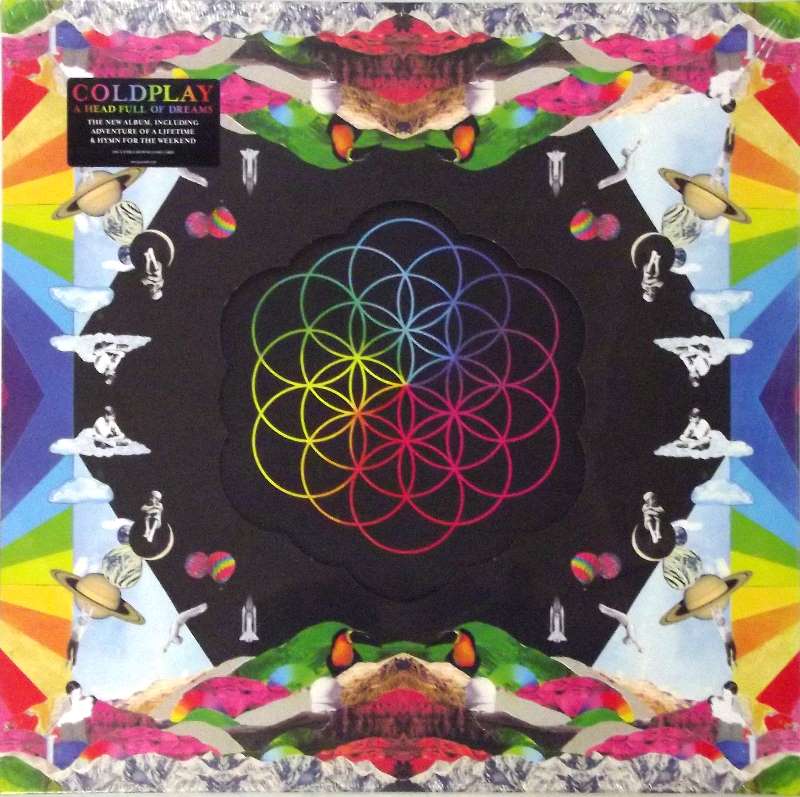 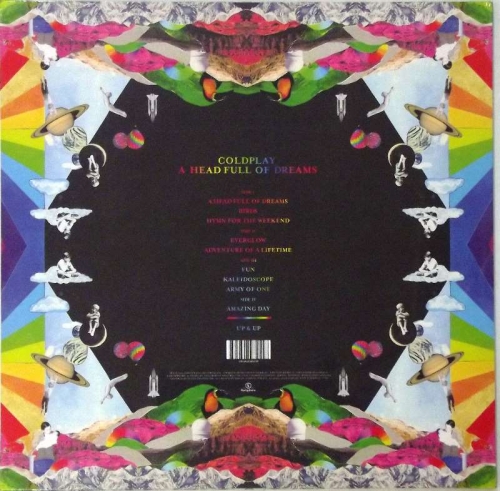 A Head Full Of Dreams

A Head Full of Dreams is the seventh studio album by British rock band Coldplay. It was released on 4 December 2015 by Parlophone and Atlantic Records.[8] It is the second album by the band in North America on Atlantic, after Coldplay's transfer from Capitol in 2013.

Coldplay recorded the album from late 2014 to mid 2015, right after the completion of Ghost Stories, with a markedly different style and sound from its predecessors. For various songs, Coldplay collaborated with Beyoncé, Noel Gallagher, Tove Lo, Khatia Buniatishvili and Merry Clayton. The album was produced by Rik Simpson and Stargate.[8][9] The album also features a sample of the U.S. President Barack Obama singing "Amazing Grace" at Clementa C. Pinckney's funeral on the track "Kaleidoscope".[10][11]

The album received mixed reviews from critics. It reached number one in the UK, and number two in the US, Australia, Canada, the Netherlands and Italy where it was held off the top spot by Adele's 25.[12][13] At the 2016 Brit Awards the album was nominated for British Album of the Year. It was the eighth best-selling album of 2015 with 1.9 million copies sold worldwide, according to the International Federation of the Phonographic Industry.[14]