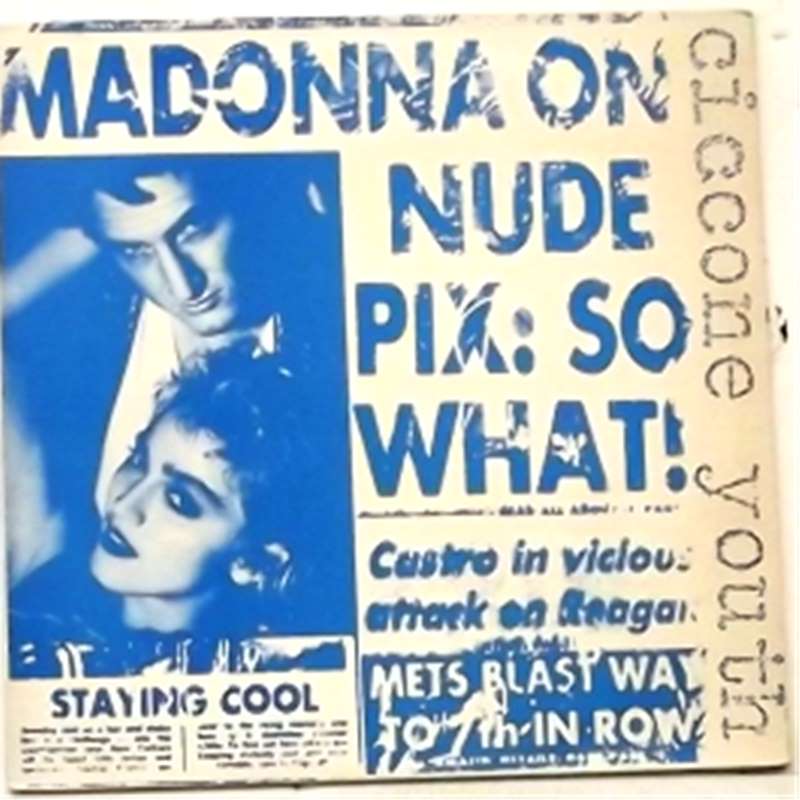 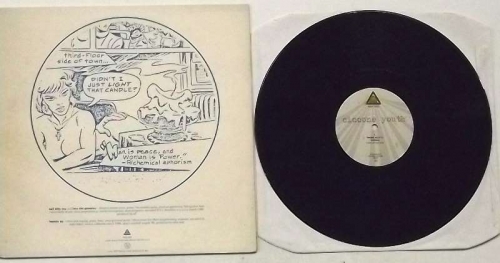 Into The Groove(y) / Burnin' Up

Ciccone Youth was an American experimental rock band. Formed in 1986 in New York, it was the pseudonymous side project of the alternative rock band Sonic Youth and included Steve Shelley, Kim Gordon, Lee Ranaldo, Thurston Moore and Firehose member Mike Watt among its membership. The band released one single and one studio album during its career before disbanding in 1988.[1]

The band's name is a play on the names "Sonic Youth" and "Ciccone", the original surname of pop singer Madonna.While the band has never performed live, they have released two records. The first was released on New Alliance Records in 1986, and consisted of three tracks: "Into the Groove(y)" (a cover of Madonna's hit "Into the Groove", incorporating snippets of her recording) and the short "Tuff Titty Rap" on the A side (both performed by the Sonic Youth members), and "Burnin' Up" (performed by Watt with additional guitars by Greg Ginn) on the B side.