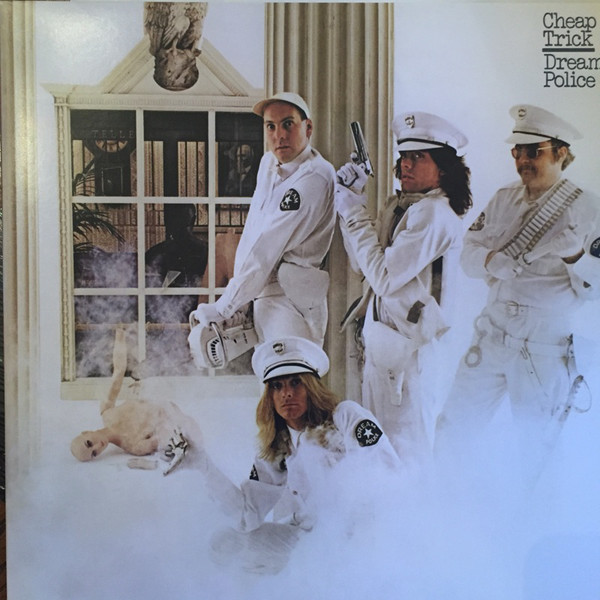 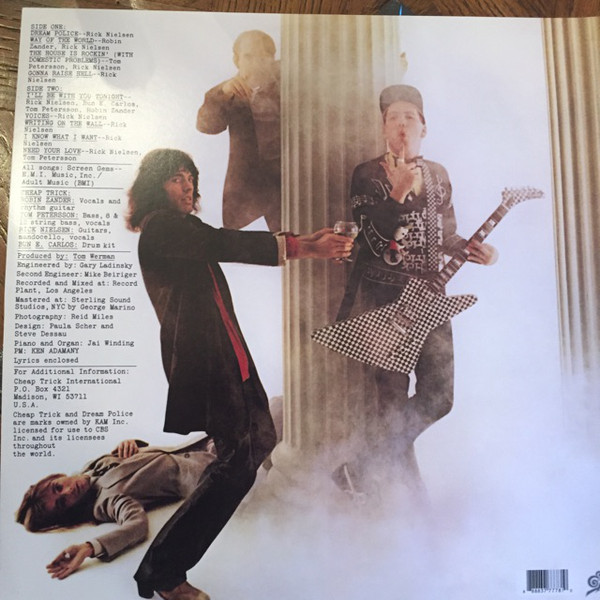 Dream Police is the fourth studio album by American rock band Cheap Trick. It was released in 1979, and was their third release in a row produced by Tom Werman. It is the band's most commercially successful studio album, going to No. 6 on the Billboard 200 chart[6] and being certified platinum within a few months of its release.