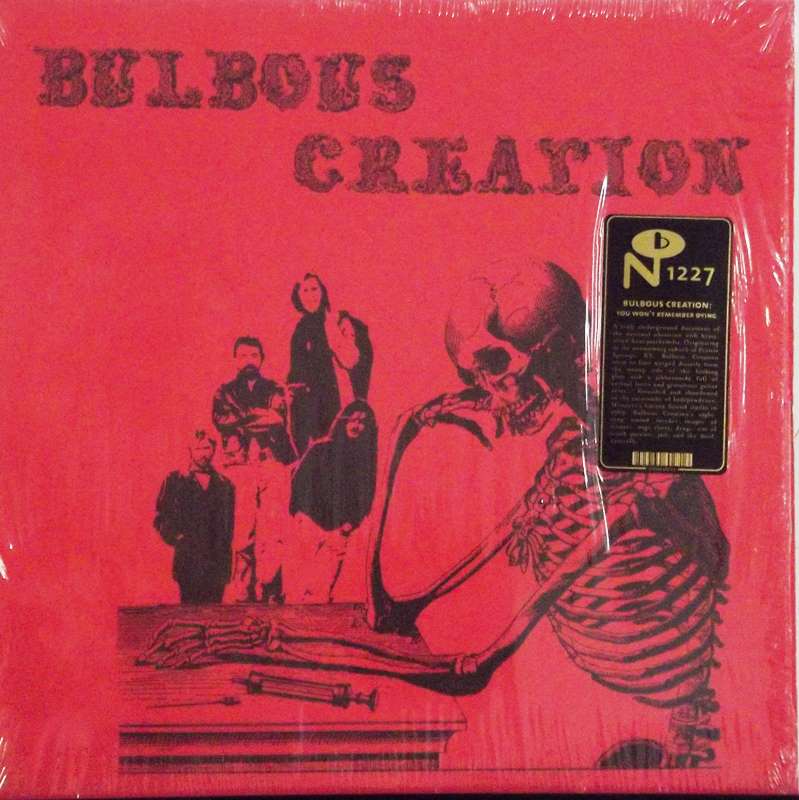 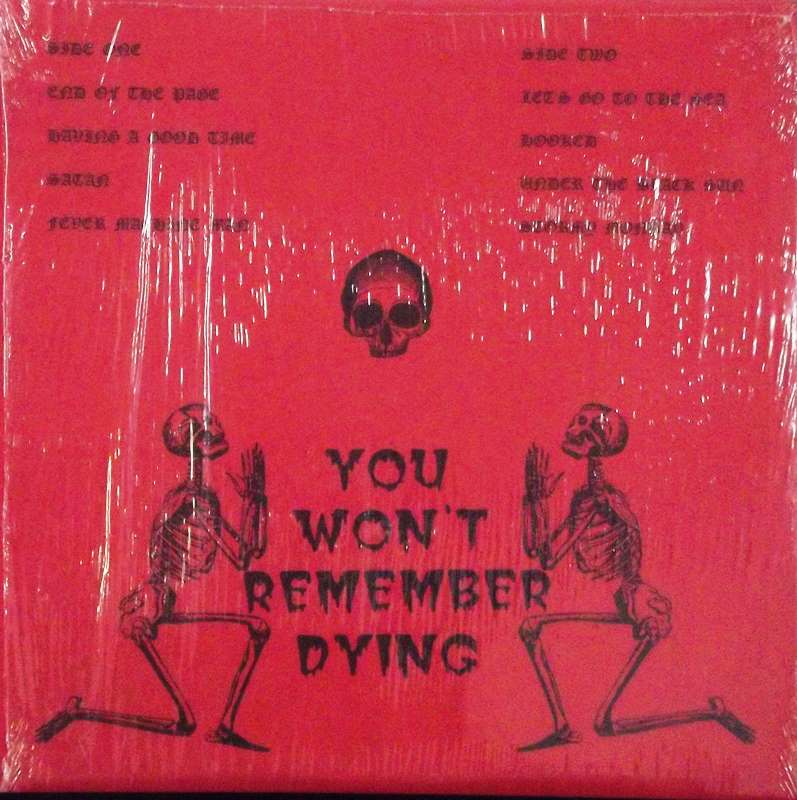 The ongoing efforts of record collectors and rock & roll archivists from the mid-'70s onward suggests that nearly every American city of any size had at least one band that was too weird for the locals in the '60s and/or '70s, and in Kansas City, Kansas, that honor was proudly held by Bulbous Creation. In addition to having a name that either sounds like a joke or something Robert Pollard would have coined for one of his Guided by Voices Suitcase tracks, Bulbous Creation's compelling eccentricity is confirmed by the eight-song album the group recorded one day in 1971, not long before they broke up, insuring the band's magnum opus would not be heard for decades. (The album sat unreleased for years until it was given an unauthorized release in 1995, with the Numero Group finally pressing a band-approved version in 2014.) In many respects, Bulbous Creation sound like a bent but reasonably typical rock band of the day on You Won't Remember Dying; the melodies evoke a time when psychedelia was drifting out of consciousness and tougher hard rock sounds were taking their place, and both are clearly part of Bulbous Creation's aural formula. Guitarist Alan Lewis was presumably familiar with Tony Iommi's style, but rather than create a crushing wall of riffs like Black Sabbath, Lewis left enough open space to make the songs feel spare and evoke a feeling of vague dread. Bassist Jim "Bugs" Wine and drummer Chuck Horstmann similarly held down the rhythms while giving themselves lots of breathing room, which left plenty of space for vocalist and songwriter Paul Parkinson, a bitter semi-hippie moralist who offers up fearlessly doomstruck poetry about drugs ("Hooked"), war ("Fever Machine Man"), God's judgment ("Under the Black Sun"), and Satanism ("Satan" -- no one said the guy was subtle). Since finances dictated that Bulbous Creation's album be recorded in a single day, You Won't Remember Dying sounds more like a demo than a finished product, but the band's merger of the trippy and the heavy still communicates clearly, and Parkinson's dramatic lyrics are evocative and full of fury that seemingly embraces and rejects the counterculture at the same time. You Won't Remember Dying was doubtless a bit much for the kids in Kansas City, Kansas in 1971, but decades later, this band sounds like they could have been onto something rather remarkable, especially if they'd had more time and better help in the studio; as it is, this is still an utterly fascinating artifact of a shadowy period in the freak scene.