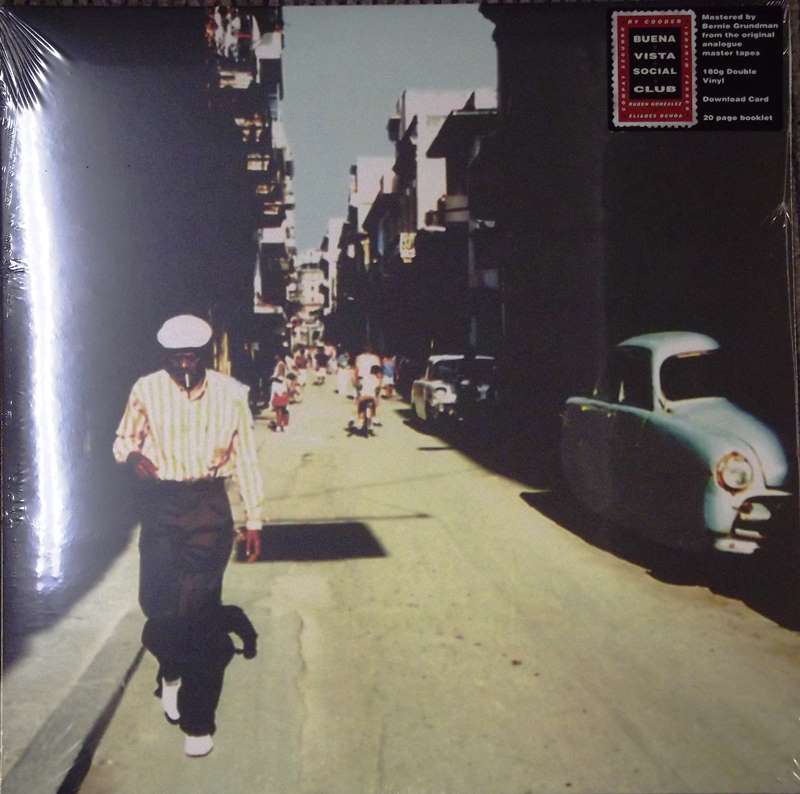 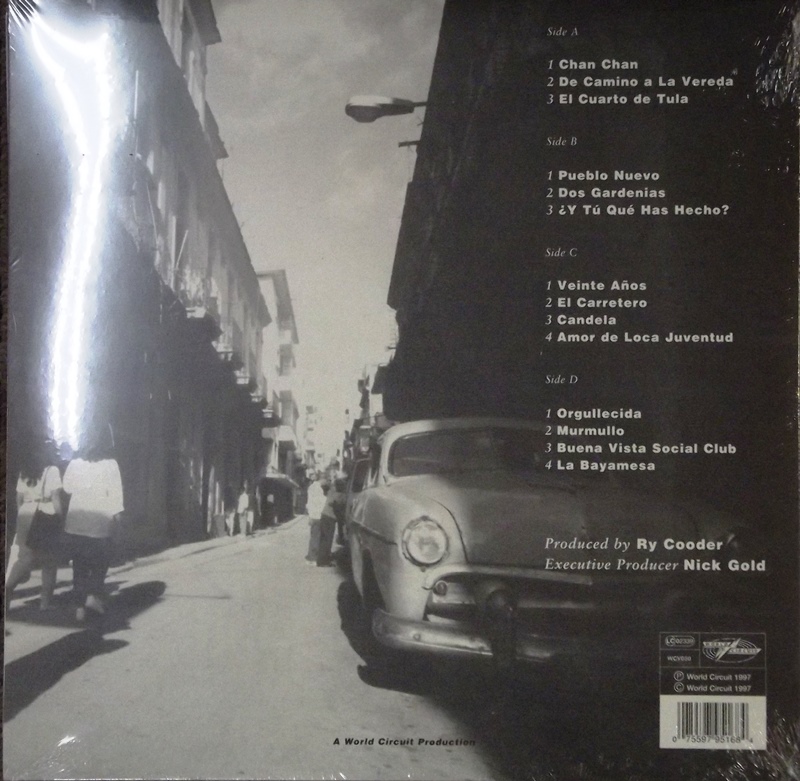 Sealed - Brand new 180 gram 2LP vinyl. Includes 20 page booklet. Buena Vista Social Club is an ensemble of Cuban musicians established in 1996 to revive the music of pre-revolutionary Cuba. The project was organized by World Circuit executive Nick Gold, produced by American guitarist Ry Cooder and directed by Juan de Marcos González. They named the group after the homonymous members' club in the Buenavista quarter of Havana, a popular music venue in the 1940s. To showcase the popular styles of the time, such as son, bolero and danzón, they recruited a dozen veteran musicians, many of which had been retired for years.

The group's eponymous album was recorded in March 1996 and released in September 1997, quickly becoming an international success, which prompted the ensemble to perform with a full line-up in Amsterdam and New York in 1998. German director Wim Wenders captured the performance on film for a documentary—also called Buena Vista Social Club—that included interviews with the musicians conducted in Havana. Wenders' film was released in June 1999 to critical acclaim, receiving an Academy Award nomination for Best Documentary feature and winning numerous accolades including Best Documentary at the European Film Awards.

The success of both the album and film sparked a revival of interest in traditional Cuban music and Latin American music in general. Some of the Cuban performers later released well-received solo albums and recorded collaborations with stars from different musical genres. The "Buena Vista Social Club" name became an umbrella term to describe these performances and releases, and has been likened to a brand label that encapsulates Cuba's "musical golden age" between the 1930s and 1950s. The new success was fleeting for the most recognizable artists in the ensemble: Compay Segundo, Rubén González, and Ibrahim Ferrer, who died at the ages of ninety-five, eighty-four, and seventy-eight respectively; Compay Segundo and González in 2003, then Ferrer in 2005.