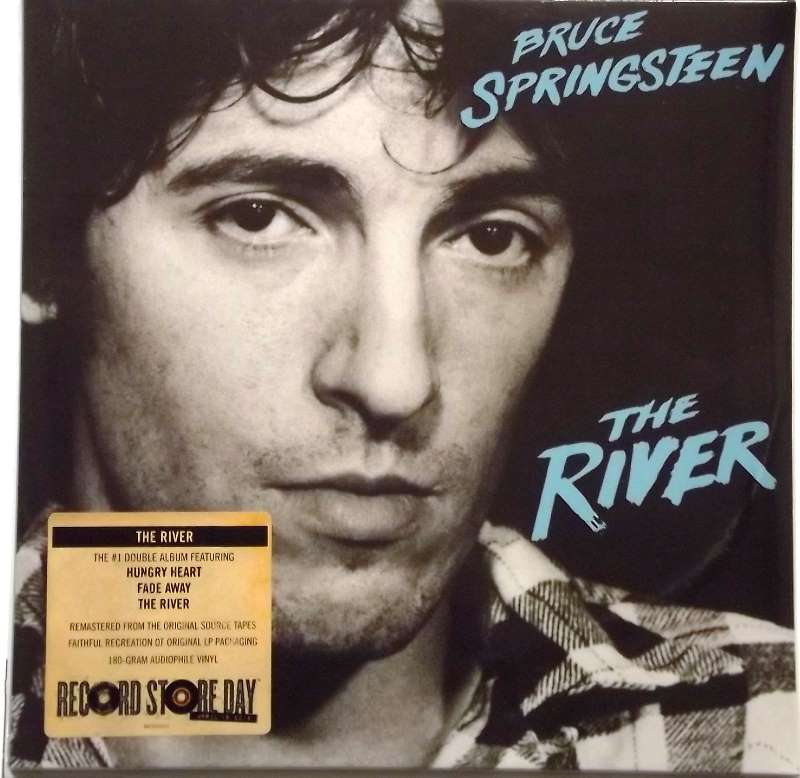 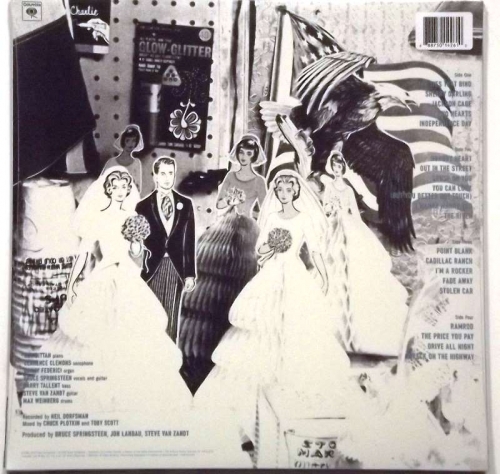 The River is the fifth studio album, and the first double album by Bruce Springsteen. The album was released on October 17, 1980. Rolling Stone ranked it at number 253 on their list of the greatest albums of all time.

The sources of The River go back into earlier parts of Springsteen's recording career. "Independence Day", "Point Blank", "The Ties That Bind", "Ramrod", and "Sherry Darling" were leftovers from his previous album, Darkness on the Edge of Town, and had been featured on that 1978 tour, as had parts of "Drive All Night" as a long interpolation within "Backstreets."[10] "The River" had premiered at the September 1979 Musicians United for Safe Energy concerts, gaining a featured spot in the subsequent documentary No Nukes.[10]

Originally, the album was to be a single set entitled The Ties That Bind and released in late 1979.[11] Springsteen added darker material after he'd written the title track. Indeed, The River became noted for its mix of the frivolous next to the solemn. This was intentional, and in contrast to Darkness, for as Springsteen said during an interview, "Rock and roll has always been this joy, this certain happiness that is in its way the most beautiful thing in life. But rock is also about hardness and coldness and being alone ... I finally got to the place where I realized life had paradoxes, a lot of them, and you've got to live with them."[12]

On November 8, 2009, at a concert, Bruce Springsteen spoke about the album, saying: "The River was a record that was sort of the gateway to a lot of my future writing. It was a record we made after Darkness on the Edge of Town. It was a record made during a recession - hard times in the States. Its title song is a song I wrote for my brother-in-law and sister. My brother-in-law was in the construction industry, lost his job and had to struggle very hard back in the late 70s, like so many people are doing today. It was a record where I first started to tackle men and women and families and marriage. There were certain songs on it that led to complete records later on: "The River" sort of went to the writing on Nebraska, "Stolen Car" went to the writing on Tunnel of Love. Originally it was a single record. I handed it in with just one record and I took it back because I didn't feel it was big enough. I wanted to capture the themes I had been writing about on Darkness. I wanted to keep those characters with me and at the same time added music that made our live shows so much fun and joy for our audience. So in the end, we're gonna take you down to The River tonight."[13]

"Hungry Heart" was Springsteen's first U.S. pop singles chart top ten hit single, reaching number five.[14] (Springsteen had not intended the song to be for himself, having initially written it for The Ramones; manager/producer Jon Landau convinced Springsteen to keep the song for himself.) The album hit number one on the U.S. pop albums chart, a first for Springsteen, and sold 1.6 million copies in the U.S. between its release and Christmas.[15] "Fade Away" reached number 20.[14]