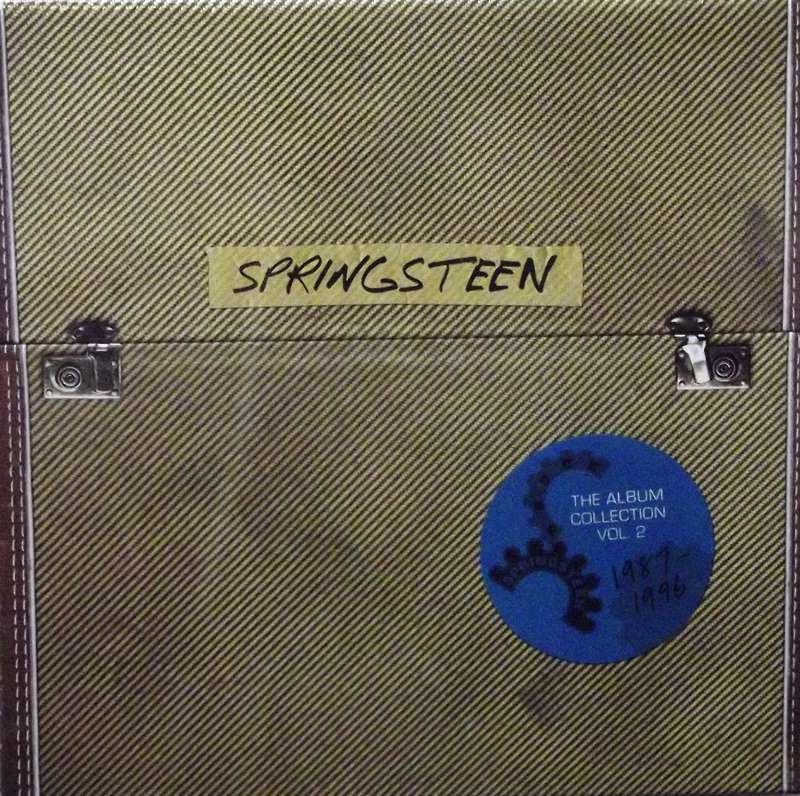 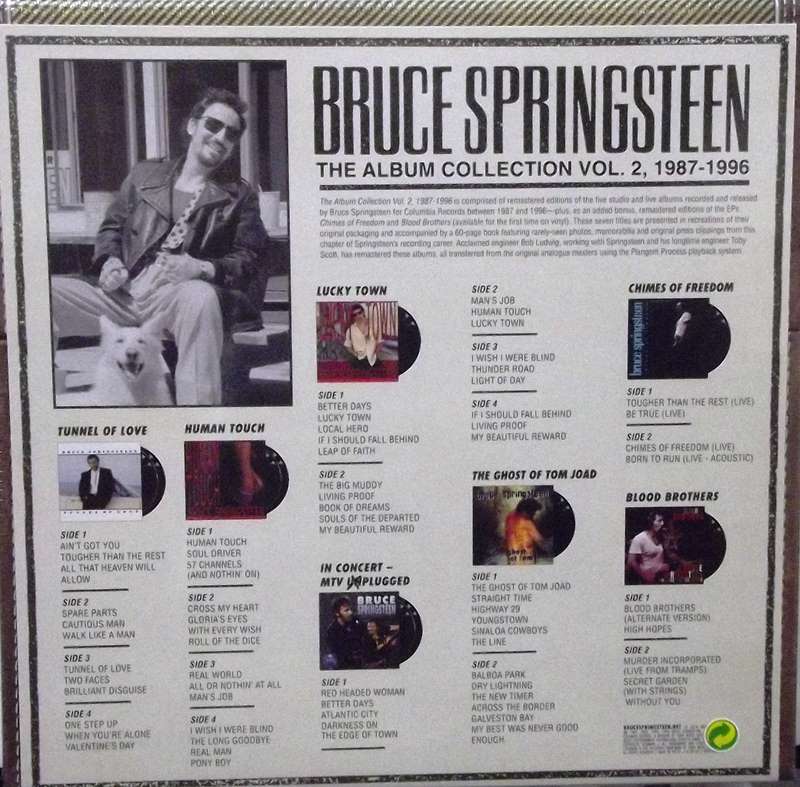 Columbia/Legacy Recordings have followed-up Bruce Springsteen‘s 2014 Album Collection box set with a second volume, The Album Collection Vol. 2, 1987-1996. This box consists of ten vinyl records and includes four studio albums: Tunnel Of Love (2LP), Human Touch (2LP), Lucky Town and The Ghost of Tom Joad. The mathematicians among you will note that that is only six records. Accounting for the other four are a double vinyl MTV Plugged (from 1993), the Chimes of Freedom EP on 12-inch vinyl (issued in ’88) and the debut on vinyl of 1996’s Blood Brothers EP.

All the audio has been remastered (by Bob Ludwig and Springsteen’s longtime engineer Toby Scott ) from the original analogue masters and like the previous box they’ve used the Plangent Process playback system (designed to give optimum results). Tunnel of Love and Human Touch are pressed up as double albums for the first time.

As before, original packaging is recreated and this set comes with a 60-page book featuring rare photos, images of memorabilia and original press clippings. This box set is a ‘limited edition’ and is numbered.