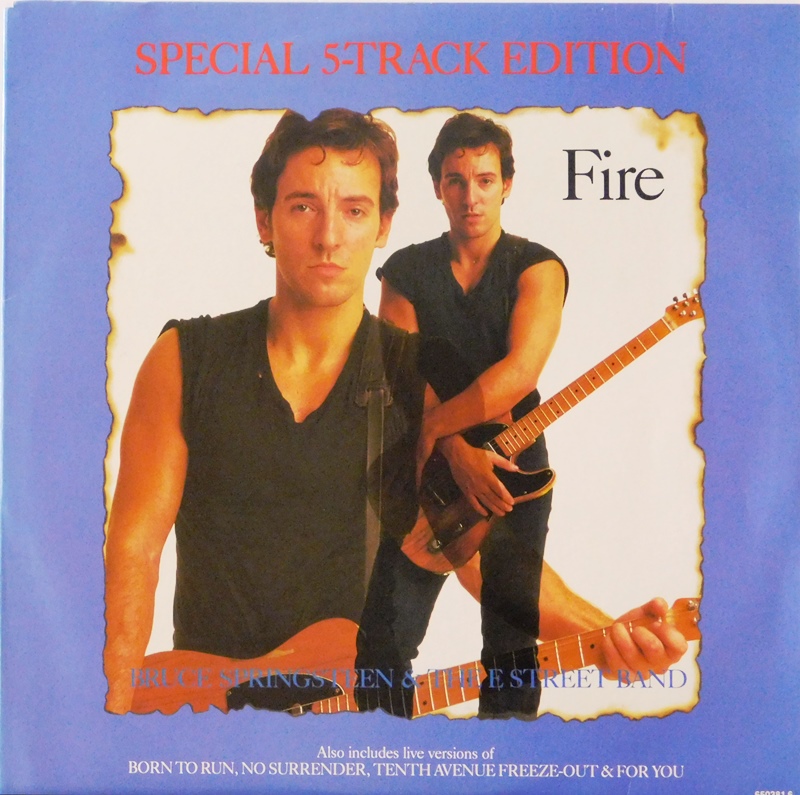 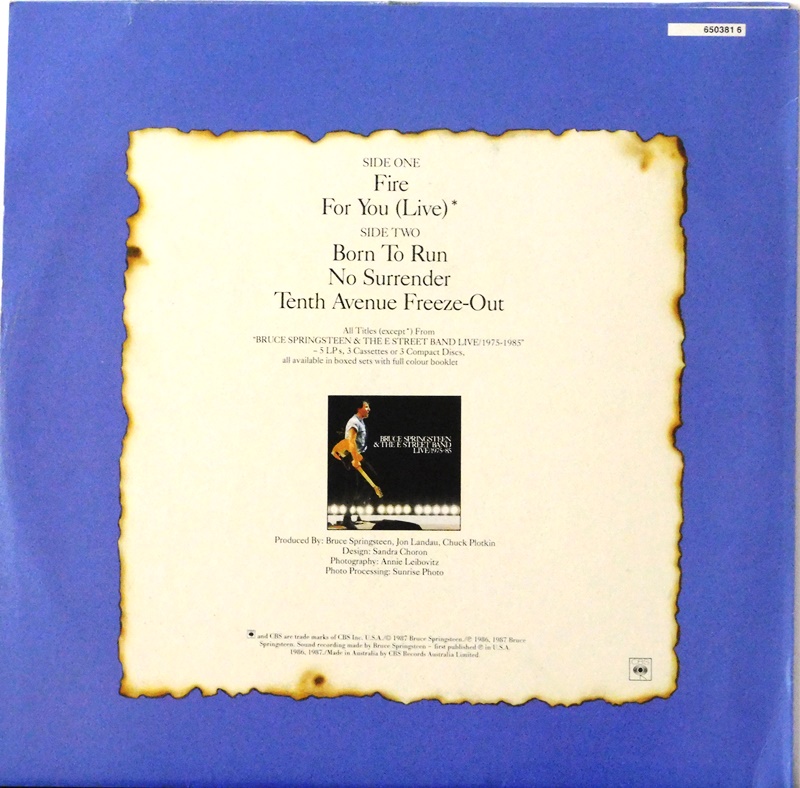 "Fire" is a song written by Bruce Springsteen in 1977 which had its highest profile as a 1978 single release by the Pointer Sisters.

Bruce Springsteen envisioned "Fire" as a song which could be recorded by his idol Elvis Presley. It was written after Springsteen saw Presley perform at a May 28, 1977 concert at the Spectrum in Philadelphia. Springsteen said, "I sent [Elvis] a demo of it but he died before it arrived."[1]

Springsteen completed a studio recording of "Fire", which was one of 52 tracks at least partially recorded which did not make the cut for his 1978 album Darkness on the Edge of Town as they were considered inconsistent with his thematic vision for the album. Springsteen's manager Jon Landau speculated Springsteen had a special concern that, if included on Darkness on the Edge of Town, "Fire" would be Columbia Records' single of choice despite not being representative of the album as a whole.[2]

Despite his disinterest in releasing his own version of "Fire" Springsteen was reportedly upset when the Pointer Sisters version of the song reached #2 in February 1979: at that point Springsteen's most successful single remained "Born to Run" which had reached #23 in 1975, and the Pointer Sisters were the second act to score a smash hit with a Springsteen cover, Manfred Mann's Earth Band having taken "Blinded by the Light" to #1 in 1977. Springsteen finally scored his own inaugural top 10 hit in 1980 with "Hungry Heart" which was his first single release subsequent to the Pointer Sisters' success with "Fire" (Springsteen had in fact written "Hungry Heart" for the Ramones but was persuaded by his manager/producer Jon Landau that the song was the ideal vehicle to break Springsteen as a major singles artist).[3][4]

Its omission from the Darkness on the Edge of Town album notwithstanding, "Fire" was included in the set list of the Darkness Tour and has been a Springsteen concert staple since then. On the 1986 Springsteen concert album Live/1975-85 "Fire" is represented by a December 16, 1978 performance at Winterland in San Francisco. Issued as a single, this version of "Fire" reached no. 46 on the Billboard Hot 100 and also charted in Ireland (no. 18), the UK (no. 54), and Australia (no. 82). The music video to promote the single was an acoustic performance of the song by Springsteen at a Bridge School Benefit concert in 1986.