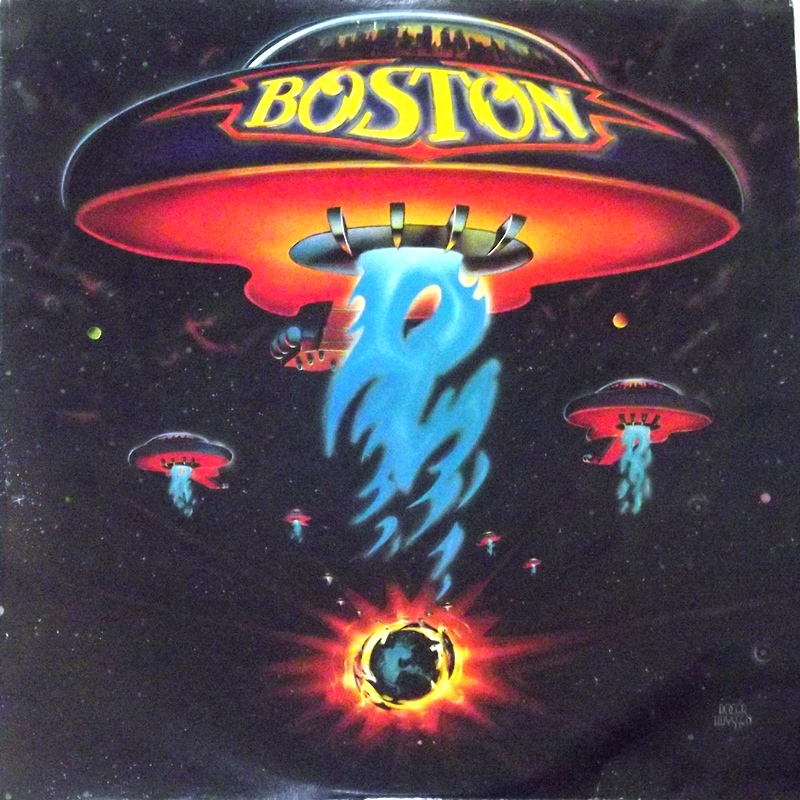 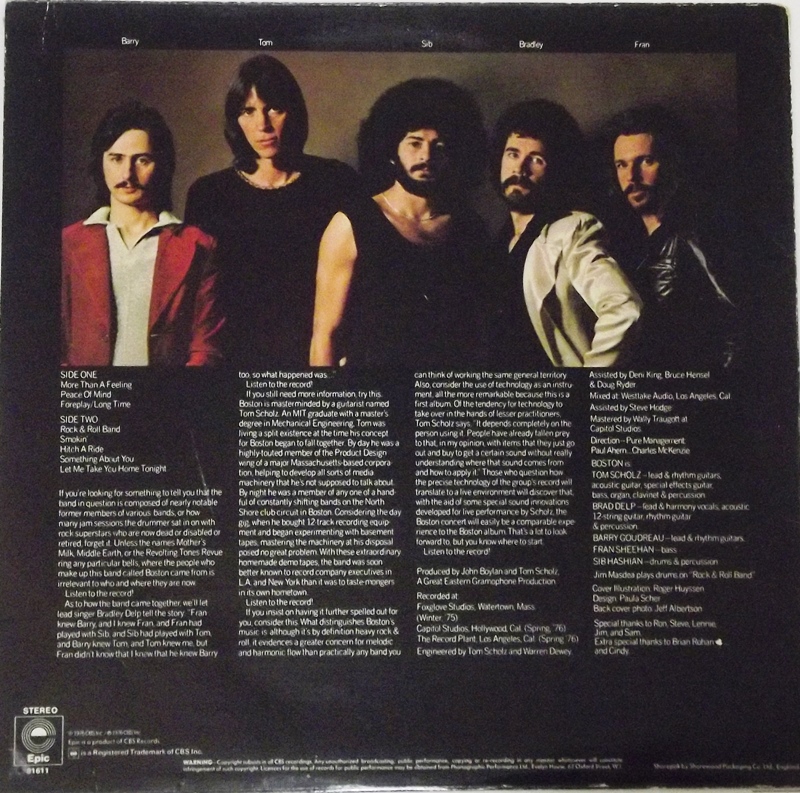 Boston is the debut studio album by American rock band Boston. Produced by Tom Scholz and John Boylan,[1] the album was released on August 25, 1976, in the United States by Epic Records. Scholz had studied classical piano in his childhood and became involved in the Boston music scene in the late 1960s. He subsequently started to concentrate on demos recorded in his apartment basement with singer Brad Delp, and although their previous group, Mother's Milk, had received numerous rejection letters from major record labels in the early 1970s, by 1975, the demo tape had fallen into the hands of CBS-owned Epic Records, who signed the band.

Epic wanted the band to record in Los Angeles with a record producer, but Scholz was unwilling and wanted to record the album in his basement studio, so he hired Boylan to run interference with the label. In an elaborate ruse, Scholz tricked the label into thinking the band was recording on the West Coast, when in reality, the bulk was being tracked solely by Scholz at his Massachusetts home. The album's contents are a complete recreation of the band's demo tape, and contain songs written and composed many years prior. The album's style, often referred to as the "Boston sound", was developed through Scholz's love of classical music, melodic hooks and guitar-heavy rock groups such as the Kinks and the Yardbirds.

The album was released by Epic in August 1976 and sold extremely well, breaking sales records and becoming one of the best-selling debut albums of all time. Boston's style was appropriated by label executives and imitated by bands to create radio-friendly "corporate rock", the creation of which the band was also accused of. The album's singles, most notably "More Than a Feeling" and "Long Time", were both AM and FM hits, and nearly the entire album receives constant rotation on classic rock radio. The album has been referred to as a landmark in 1970s rock and has been included on many lists of essential albums. The album has sold 17 million copies in the United States alone and 25 million worldwide.