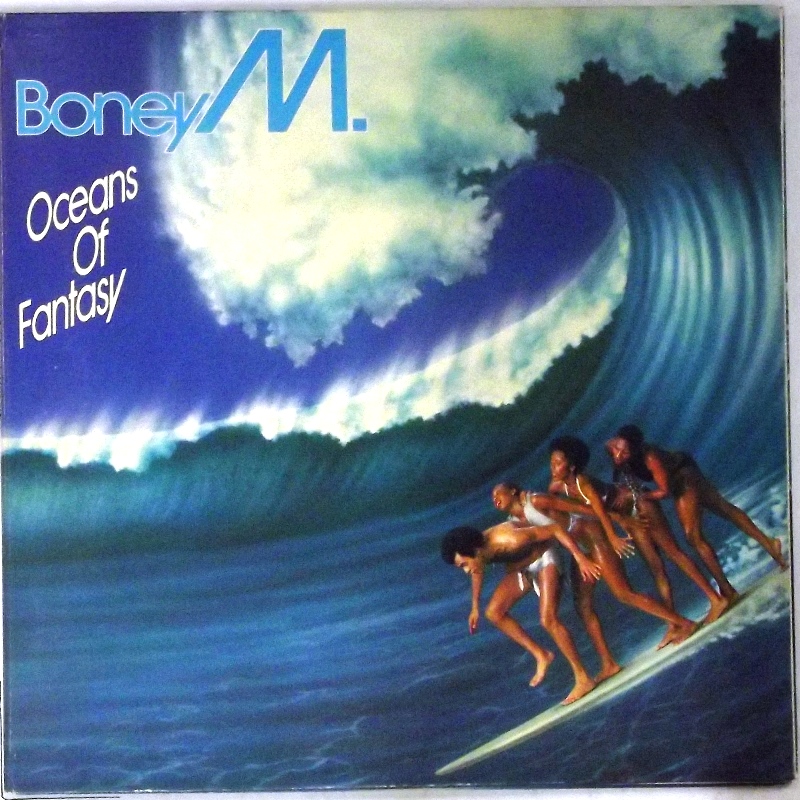 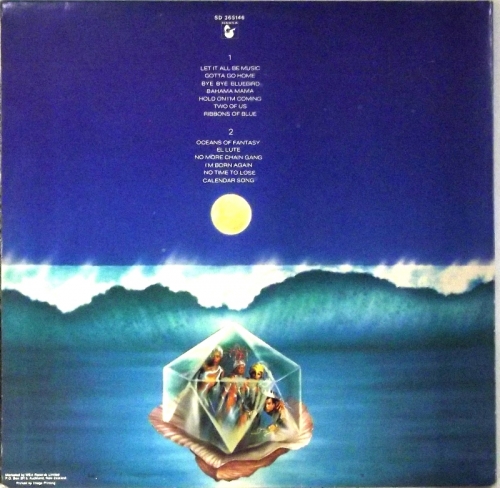 The album had been preceded in the spring of 1979 by the single "Hooray! Hooray! It's a Holi-Holiday" (based on American folksong Polly Wolly Doodle), one of the band's biggest hits. This was not included on Oceans of Fantasy but the B-side, "Ribbons of Blue" was, albeit in a heavily edited form. The original length of the track is 4:02 and songs like "Gotta Go Home" and "Bahama Mama" were also longer on 7" than on the actual album. As with the group's previous album, Nightflight to Venus, the original Hansa Records pressings of the album also included a range of different edits of certain tracks.

Several pressings also contained the wrong running order on cover and labels, incorrectly listing "El Lute" as the opening track on side two, followed by "No More Chain Gang" and "Oceans of Fantasy" - a very early and scarce pressing actually has this running order on vinyl. The same pressing also features "Let It All Be Music" and "Gotta Go Home" segued into a medley.

Oceans of Fantasy also features a guest appearance by Eruption's lead singer Precious Wilson on "Let It All Be Music" as well as on the cover of Sam & Dave's "Hold On I'm Coming", which was also issued as Wilson's first solo single. The Argentinian pressing omitted "El Lute" in favour of "Hooray! Hooray! It's a Holi-Holiday".

The album was the only Boney M. album to feature a full track-by-track vocal credits list which confirmed that only two of the four band members, Liz Mitchell and Marcia Barrett, actually sang on the Boney M. records, and that producer Frank Farian sang the characteristic deep male vocal as well as high falsetto vocals (he even duetted with himself on the track "Bye Bye Bluebird"). Maizie Williams and Bobby Farrell did not take any part in the studio sessions, though performed vocals at Boney M's live concerts.