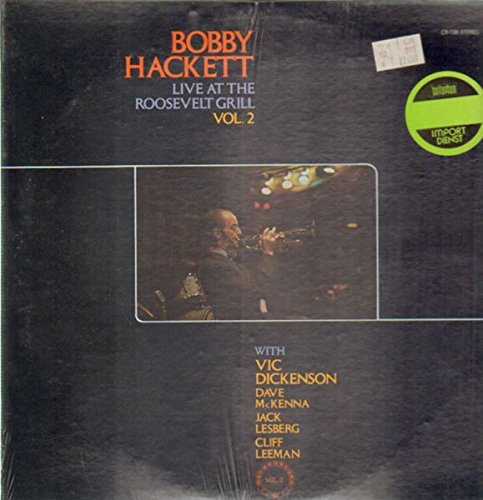 For a few months in 1970, cornetist Bobby Hackett led one of the finest working groups of his career, a quintet with co-leader Vic Dickenson on trombone, pianist Dave McKenna, bassist Jack Lesberg and drummer Cliff Leeman. Fortunately, the band's long stint at the Roosevelt Grill Hotel was extensively recorded by producer Hank O'Neal; some of it was issued on LP and much more will probably come out on CD. Hackett and Dickenson made an ideal team, both having mellow tones, fluent styles and sly wits. This CD has the dozen songs on the original LP and five selections never issued before, and is easily recommended to fans of mainstream jazz; highlights include "Thou Swell," "It's Wonderful," "A String of Pearls," "Just You Just Me" and "Easter Parade."