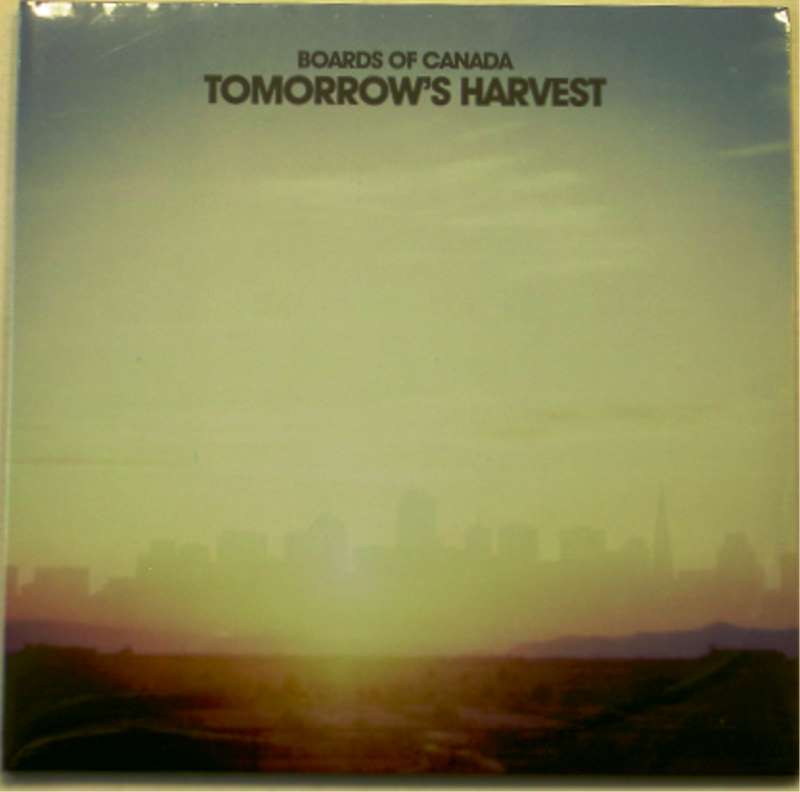 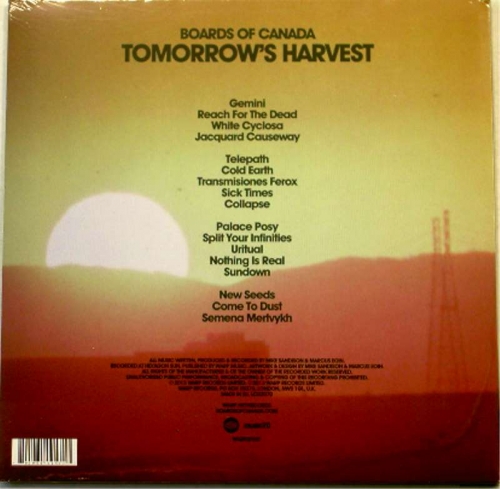 Tomorrow's Harvest is the fourth studio album by the Scottish electronic music duo Boards of Canada, released on 5 June 2013 on Warp. Band members Mike Sandison and Marcus Eoin began composing and recording the album following the release of The Campfire Headphase (2005) and the expansion of their studio at Hexagon Sun near Pentland Hills. The duo continued recording intermittently until late 2012, when large parts of the album were recorded. Influenced by film soundtracks from the 1970s, Tomorrow's Harvest features a more downtempo form of ambient music, similar to Boards of Canada's earlier releases.

Tomorrow's Harvest's announcement was surrounded by a cryptic marketing campaign that began on Record Store Day 2013 with the release of an unannounced non-album single, "------ / ------ / ------ / XXXXXX / ------ / ------", which featured part of an unidentified code. A further five codes were released interim through various media and culminated in users gaining access to a new website containing information about the upcoming release. Tomorrow's Harvest was the first new music released by Boards of Canada in seven years, since Trans Canada Highway (2006). Upon its release, the album received critical acclaim and high international chart placings.